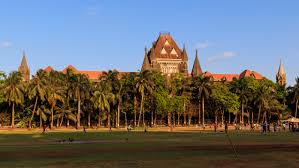 Mumbai: The Maharashtra government is not empowered to issue an order interfering with the fees structure of private unaided schools or schools of other boards, the Bombay High Court said while granting an interim stay on a government resolution prohibiting fee hike this year.

The government resolution (GR), dated May 8, 2020, directed all educational institutions in the state not to hiketheir feesfor the academic year 2020-21 in view of the COVID-19 pandemic.

A division bench of Justices Ujjal Bhuyan and Riyaz Chagla in its order passed on June 26, a copy of which was made available on Tuesday, said it was of the prima facie view that the GR was without jurisdiction.

The court, however, noted that it was mindful of the difficulties faced by parents in these testing times.

"Therefore, we feel that the management of the private unaided schools may consider providing option to the students/ parents to pay the fee in such instalments as is considered reasonable and also to allow them the option to pay the fee online, the court said.

The court said Section 5 of the Maharashtra Educational Institutions (Regulation of Fee) Act empowers the government to regulate fees in government and aided schools.

Section 6 of the Act makes it clear that the management of private unaided schools and permanently unaided schools shall be competent to propose the fee in their schools, the court said, adding that prima facie it was of the view that the state government could not have issued the impugned resolution.

"We have also carefully perused the Epidemic Diseases Act and the Epidemic Diseases (Amendment) Ordinance, but we do not find any such enabling provision empowering the state government to issue a resolution like the impugned one, the court said. The bench further said it does not find any power being vested on the state government even under the Disaster Management Act to issue a resolution interfering with the fees structure of private unaided schools.

The court granted an interim stay on the implementation of the resolution and posted the matter for further hearing on August 11.

On May 8, the state government issued the resolution, saying no educational institution in the state shall hike fees for the academic year 2020-21. The GR also directed all the institutions not to collect any balance fees of the year 2019-20 or fees for 2020-21 at one go, but give parents an option to deposit the same monthly or quarterly.

The resolution was issued by the government under the powers conferred on it vide the Maharashtra Educational Institutions (Regulation of Fee) Act, 2011, and the Disaster Management Act, 2005. The GR stated that it would be applicable to students of all boards, all mediums and from pre-primary to Class 12.

The petitioners argued that under Section 6 of the Maharashtra Educational Institutions (Regulation of Fee) Act, the management of private unaided schools are competent to determine the fees.

The Kasegaon Education Trust, which runs a school in Navi Mumbai, argued through their lawyers Milind Sathe, Saket Mone and Prateek Seksaria that the resolution was violative of their fundamental rights and curbed rights to administer their educational institutions, which includes right to regulate and fix fees.

The petitioner is further aggrieved by the impugned notice in as much that the same threatens action under the Epidemic Diseases Act. The decision of the government is an illegal exercise of statutory power, the petition filed by the Kasegaon Education Trust said.