6-foot-high Mahatma Gandhi sculpture has been made of 1,600 electric fan bearings, car seat belts and iron rods and weighs 105 kg. 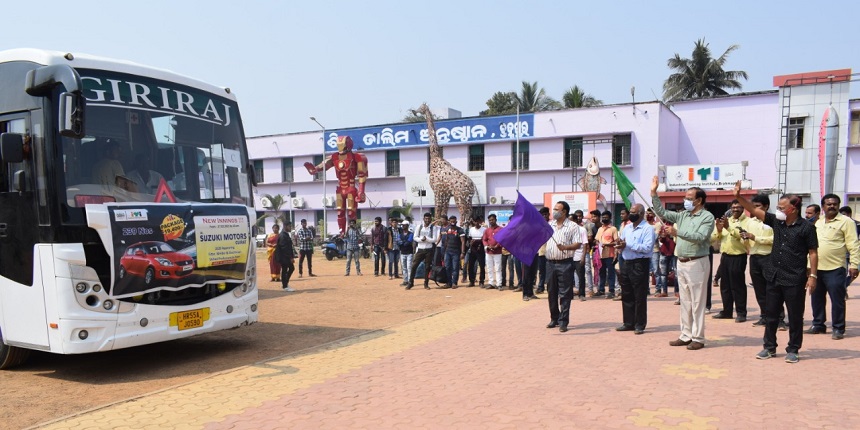 BERHAMPUR: A six-foot-high statue of Mahatma Gandhi, made of scrap, was on Sunday installed on the campus of a government-run Industrial Training Institute (ITI) here. The statue, weighing around 105 kg, was erected as a tribute to the Father of the Nation on the occasion of Gandhi Jayanti.

The sculpture has been made of various scrap materials, including 1,600 electric fan bearings, car seat belts and iron rods among other items, the institute's principal Rajat Kumar Panigrahy said. Around 30 students from the fitter and welder wings along with some teaching faculties took around 15 days to complete the sculpture. The entire body and clothes were made of fan bearings, while seat belts were used for the shoes and iron rods for the spectacles, fingers and other parts.

"Our students collected the waste materials from electrical workshops and automobile garages. The owners of these establishments gave them these items for free," he said. Earlier, students, under the guidance of Panigrahy, had made a number of scrap sculptures and the institute has established a scrap museum on the campus. "We use scrap materials to build artefacts. This serves two purposes – it cleans the environs and also develops the innovative talent of the students," he added. 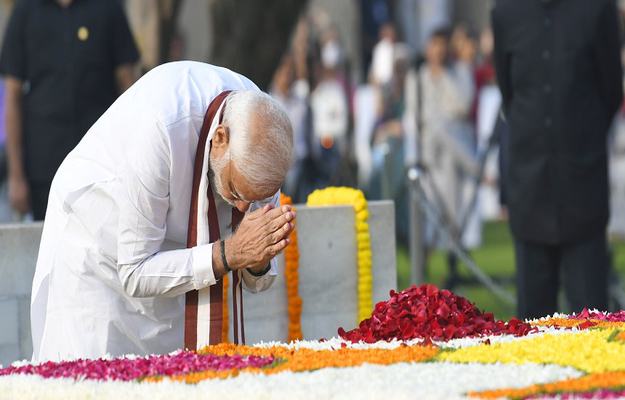