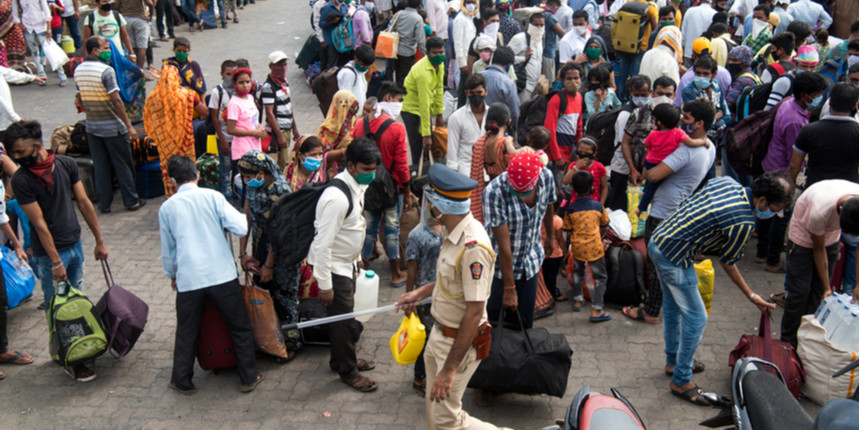 NEW DELHI: As the country enters into the fourth phase of the nation-wide lockdown, migrant workers gathered outside the Indian Institute of Management-Ahmedabad are demanding to be allowed to go home.

About 100 migrant workers gathered on Monday morning at IIMA Vastrapur area and started pelting stones at police and passerby, reported Press Trust of India. To disperse the crowd, the police flung tear gas shells and lathi-charged the workers.

Sources claim that some of the migrant workers were working at the new campus site of IIMA.

“I had visited a labour campsite near Alpha one in March end. These workers were working on the new campus site. There were several one-room establishments for the workers to stay,” said a source under condition of anonymity.

Many workers were also picked up in the police vans and detained from the area.

In response to a query from PhD student, the chief administrative officer of IIMA sent a letter which said: “It is understood that there were about 100-150 workers [from] Jharkhand, who have not been able to go home due to [the] want of train, became restless and vandalised property of the contractor at the site gate,”

“Let’s not get into believing in rumours that accompany such incidents,” he wrote further.

The administration, however, has denied that the migrant workers were involved in the construction at IIMA campus. "All construction activities at IIMA were stopped after the lockdown was announced in March,” said the spokesperson of the institute.

Write to us at news@careers360 .com