Government teachers selected three years ago on Wednesday staged a protest outside the Bhopal office of the ruling Bharatiya Janata Party (BJP) in Madhya Pradesh. 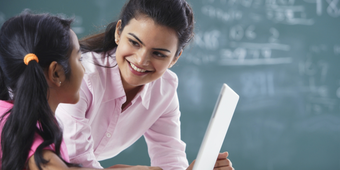 NEW DELHI: Government teachers selected three years ago on Wednesday staged a protest outside the Bhopal office of the ruling Bharatiya Janata Party (BJP) in Madhya Pradesh demanding that they be given formal appointment letters. Hundreds of teachers, including women carrying decorated 'rakhi thalis' (plates) in their hands, gathered outside the BJP's main office in Bhopal and staged the protest.

The government has been carrying out verification of documents for the past one and a half years,” said a woman teacher at the protest site. Another woman protester said the authorities have been giving assurances to resolve the issue, but nothing has happened so far.

“We observed a fast today. We want mama ji (as Chief Minister Shivraj Singh Chouhan is called) to come and give us appointment letters after we tie him rakhis (Raksha Bandhan festival falls on Aug 22),” she said. Eyewitnesses said a couple of women fell unconscious during the protest. On the other hand, an official of the School Education Department said the matter is sub-judice.

The BJP government took charge during the coronavirus pandemic (in March 2020) and a legal complication also came in the way of appointments,” he stated. Agrawal said the minister concerned has assured to start the process of appointments soon.

On the other hand, state Congress president Kamal Nath sought justice for the protesting teachers. “Shivraj ji (the CM), thousands of selected teacher sisters wanted to tie rakhi to you and are asking for their appointment letter as a gift. They are sitting on streets in front of the BJP office with tears flowing from their eyes. Do justice to these sisters,” Nath said in a tweet.