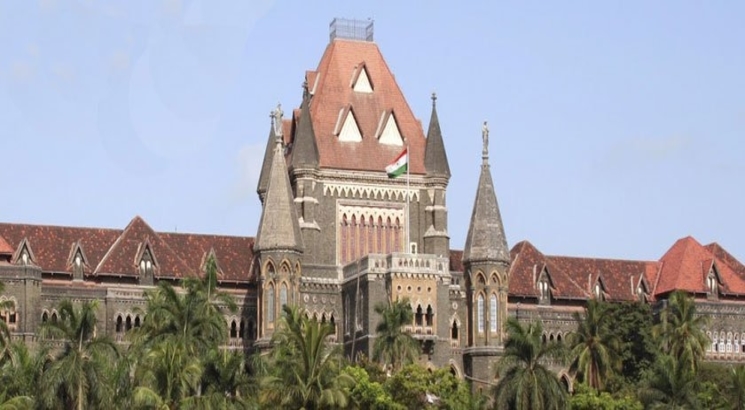 NEW DELHI, July 20: In a tumultous day for NEET 2018 candidates, the Medical Counselling Committee (MCC) once again put the NEET counselling process on hold due to cases pending before the Nagpur Bench of the Bombay High Court, hours after the Supreme Court had overturned the Madras HC (Madurai Bench) orders which had previously stayed the counselling process.

As per the latest notification issued on the official MCC website, “Counselling is kept in abeyance as per directions of Hon'ble High Court of Bombay Nagpur Bench in W.P. 3885/2018 and PIL No.87/2018” [sic]. The various NEET state counselling processes which had been delayed due to the Madras HC orders are now expected to be further postponed as a result of the Bombay HC cases.

The cases, last heard on July 19 by a two member Bench of the Bombay High Court in Nagpur comprising Justices BP Dharmadhikari and ZA Haq, are now scheduled to be heard on July 26. It is expected that any further update on the 2018 NEET counselling process can only be expected after that date unless the CBSE once again decides to approach the Supreme Court for relief in the matter. There is however also a high possibility that given the already delayed state of the NEET counselling process, the Bombay High Court may be requested to consider an early hearing and bring the NEET 2018 counselling saga to a close for the benefit of the majority.

Social media websites are currently rife with rumours suggesting that the stay orders are to do with a Maharashtra candidate who had incorrectly filled her application form for state quota seats; that particular case however only concerns Maharashtra state admissions and not the MCC counselling.

Soon after news broke that the Supreme Court had overturned the July 10 Madras HC order which had previously stayed the counselling process after ordering the Central Board of Secondary Education (CBSE) to award 196 grace marks to 24,720 candidates due to 49 erroneous questions in the Tamil version of the paper, candidates were eagerly awaiting the declaration of the NEET round two counselling result which had been on hold since July 12. The order of the apex court came as a huge source of relief to the Board, which has regularly been in the firing line over various controversies related to NEET over the past two years.

However, while the Board was granted a reprieve, the hopes of thousands of candidates soon turned to dismay after the MCC released two separate notices stating that the NEET counselling process had once again been stayed due to cases pending before the Bombay High Court’s Nagpur Bench. The MCC notices were issued with regard to two separate cases - Writ Petition No. 3885/2018 and Public Interest Litigation (PIL) No. 87/2018.

Check the MCC notice released with regard to Writ Petition No. 3885/2018 pending before the Bombay HC below -

The notices issued on the evening of July 20 by the MCC have taken candidates and parents by surprise, since it was generally expected that the only hindrance to the counselling process was the interim order passed by the Madras HC on July 10. The same had been dismissed by the Supreme Court earlier on July 20, and candidates were expecting the counselling 2nd round result of NEET to be declared soon after.

However, it has now emerged that NEET cases related to OBC reservations in All India Quota and Employees' State Insurance Corporation (ESIC) seats are currently pending before the Nagpur Bench of the Bombay High Court due to which the NEET counselling process has now once again been postponed.

The Writ Petition filed by Samiksha Dhule has stayed the counselling to ESIC seats while the PIL filed by the Akhil Bhartiya OBC Mahasangh has stayed the overall counselling process. The two member Bombay HC Bench of Justices Dharmadhikari and Haq have scheduled the next hearing on July 26, 2018. 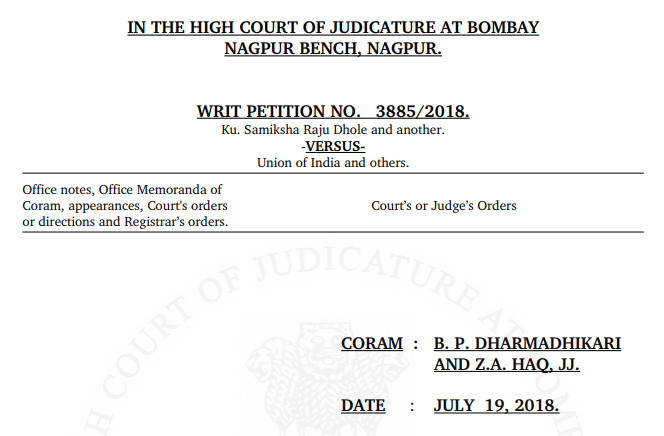 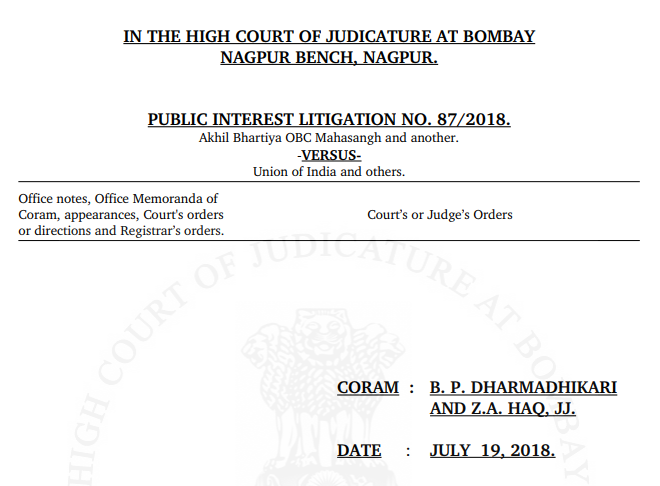 The latest MCC counselling notices have undoubtedly come as a major blow to the NEET candidates already allotted seats or who were expecting to be allotted MBBS or BDS seats in the second NEET counselling round. The MCC counselling result for the second round was expected to be declared on July 12 but has already now been delayed by eight days.

The delay was due to the Madras High Court (Madurai Bench) order passed on July 10, as per which the CBSE had been directed to award 24,720 candidates with 196 grace marks each due to errors in 49 questions of the Tamil paper of NEET which these candidates had attempted. The CBSE was required to produce a fresh merit list and doing so would have meant that the counselling process would be conducted afresh, considerably delaying the NEET 2018 admissions. It would also have made the CBSE prone to further litigation from candidates already allotted seats and would likely have thrown the entire counselling process of NEET into disarray.

The Supreme Court however laid these concerns to a rest by passing an interim order which dismissed the Madras High Court verdict and allowed for the NEET counselling to continue as normal While the Supreme Court order came as temporary good news, the fate of NEET 2018 aspirants was dealt another blow only hours later due to the pending Bombay HC cases.