NEET result 2020 will have no change; NTA condemns fake news in media 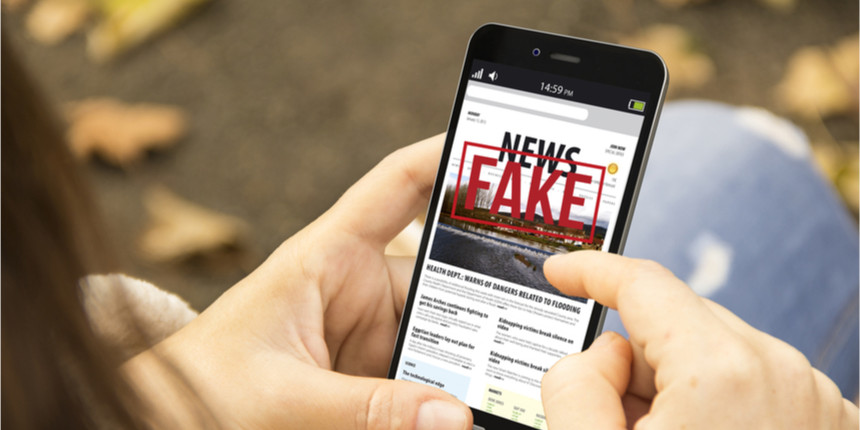 NEW DElHI: The National Testing Agency (NTA) has released a public notice clarifying that the NEET 2020 result, which was released on October 16 is totally correct and will have no changes. The NTA further clarified that authorities have declared the NEET result 2020 after thorough scrutiny. So aspirants will have to be assured that the result declared by NTA is correct.

Aspirants can go through the NTA NEET result public notice from below. 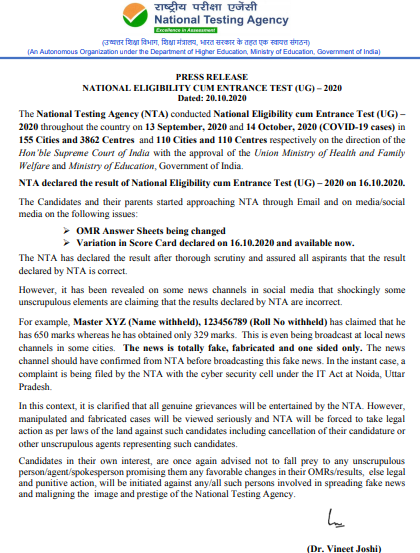 What was the issue regarding the declared NEET UG result?

After the declaration of the NTA NEET result on ntaresults.nic.in on October 16, 2020. Some news channels in social media that shockingly some unscrupulous elements were claiming that the NEET 2020 exam results declared by NTA were incorrect. The candidates and their parents started approaching NTA through Email and on media/social media on the following issues:

Take of NTA on this NEET result issue

NTA has clarified that the declared NEET result 2020 is totally correct and there will be no changes. NTA DG stated in the public notice that “This is even being broadcast at local news channels in some cities. The news is totally fake, fabricated, and one-sided only. The news channel should have confirmed from NTA before broadcasting this fake news. In the instant case, a complaint is being filed by the NTA with the cybersecurity cell under the IT Act at Noida, Uttar Pradesh.”

Medical aspirants in their own interest, are once again advised not to fall prey to any unscrupulous person/agent/spokesperson promising them any favorable changes in their NEET 2020 OMRs/results, else legal and punitive action, will be initiated against any/all such persons involved in spreading fake news and maligning the image and prestige of the National Testing Agency.