Ministry of Information and Broadcasting had on January 20 using emergency powers, issued orders to block YouTube videos of the first episode of the controversial documentary. 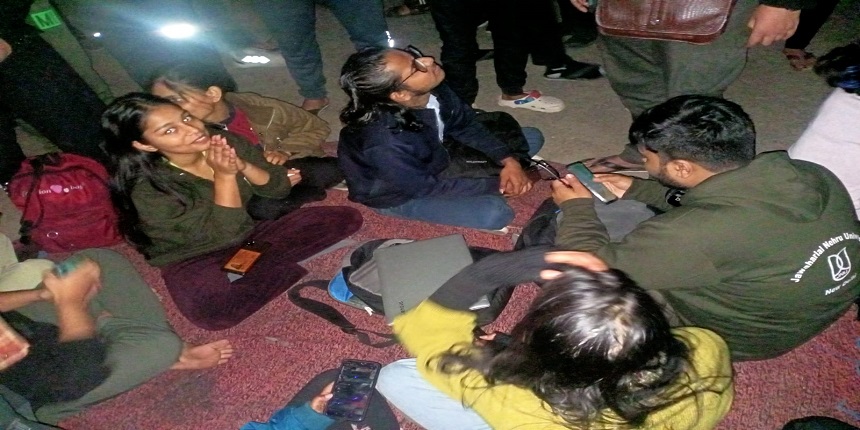 NEW DELHI: The Jawaharlal Nehru University (JNU) snapped power and internet connections at the union's office to stop the proposed screening of a controversial BBC documentary on Prime Minister Narendra Modi on the campus today, the university students alleged.

There was no immediate response from the JNU administration to the allegation. Students, however, downloaded the documentary on their mobile phones through an online application to watch and share it, All India Students Association (AISA) national president N Sai Balaji claimed.

JNUSU invited students for a screening of the BBC documentary, India: The Modi Question at its office at 9 pm today, January 24, even though the university administration has asked them to cancel the event.

Responding to the advisory issued by the university JNUSU wrote a letter to the registrar. The JNUSU letter reads: "The present reply is preferred to your good office in response to the Advisory dated 23.01.2023 issued by the Registrar of the University against the screening of the documentary/movie “India: The Modi Question” scheduled to be screened on 24.01.2023 at 9.00 P.M. It is pertinent to mention that the screening of the movie/documentary is a voluntary action by the students who wish to watch the screening".

The government had on Friday directed social media platforms Twitter and YouTube to block links to the documentary titled "India: The Modi Question".

The Ministry of External Affairs has trashed the documentary as a "propaganda piece" that lacks objectivity and reflects a colonial mindset. However, opposition parties have slammed the government's move to block access to the documentary. Balaji, who was present for the screening, claimed that some students had downloaded the documentary on their mobiles and other devices.

"They (the JNU administration) have cut off the power and internet. We shared the documentary with other students and are watching it together," Balaji said. Balaji also claimed that there were police personnel in civil clothes roaming on the campus. However, there was no immediate police response.

Earlier, JNUSU president Aishe Ghosh tweeted, “Join us for the documentary screening which has been ‘banned’ by an ‘elected government’ of the largest ‘democracy’.”