Science & Technology Budget up by 90% in 4 yrs, 800 technology transfers to industry, says Govt 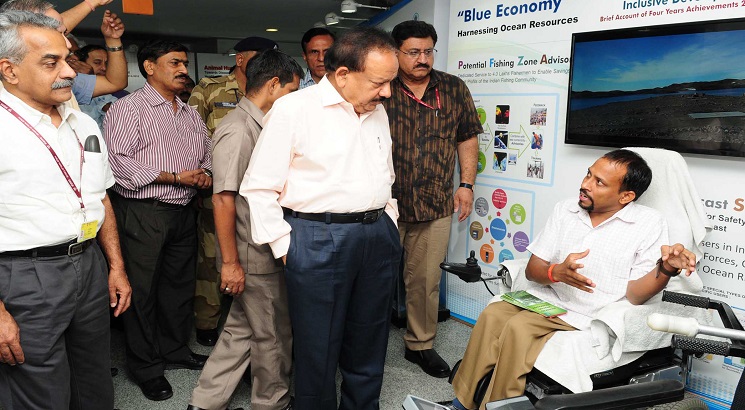 NEW DELHI, JUNE 8: On completion of four years of Modi Government, highlighting its achievement, Union Ministry for Science & Technology (S&T) and Earth Sciences, has claimed that the budget allocation for S&T has gone up by 90 percent in the period as compared to previous five years.

Dr. Harsh Vardhan, Union Minister for S&T, Earth Sciences briefing about achievements of his Ministry said that the investment in Science, Technology, and related areas have gone up during the last four years 2014- 18, as against previous five years, 2009-14. He said, “The budget allocation to Department of Science & Technology was Rs. 19,764 crores, which is a whopping 90% increase.”

The Minister highlighting the notable achievements during the last four years said that there has been the development of new technologies and transfer of over 800 technologies to the industry. He said, "A new synergy has been established between intra-ministry laboratories and inter-ministry institutions."

In order to boost the start-up ecosystem, Government has increased the allocation by five times for DST alone. The Ministry has supported more than 5,000 Start-ups and 200 incubators. Apart from this, the Ministry has also launched a programme called MANAK (Million Minds Augmenting National Aspiration and Knowledge), to trigger innovation among school children from 6th to 10th standard.

Dr Harsh Vardhan said, “During the last four years, the Ministry has enhanced capacity building of scientists, teachers, young researchers and attracted students to science streams. Ministry supported around 11 lakh persons – right from school level to post-doctoral research. The Department of S&T has launched several new schemes to attract young scientists. The Ministry has successfully attracted more than 600 eminent scientists of Indian origin from overseas to return to the country.”

The Government, during the last four years, has been working on building an end-to-end, holistic scientific ecosystem. This includes enhancing the quality and quantity of impactful basic research to translational research to technology development and enabled commercialization of indigenous technology.

Citing that collaboration with foreign institutions in the area of Science and Technology is required to improve the quality of research in country, the Minister also highlighted some noteworthy international collaboration during the last four years. These collaborations include partnership in the LIGO project for gravitational wave detection with agreement to set-up the detector station in India; country's association as Associate Member State of CERN; and establishment of India-Israel Industrial R&D and Technological Innovation Fund etc.