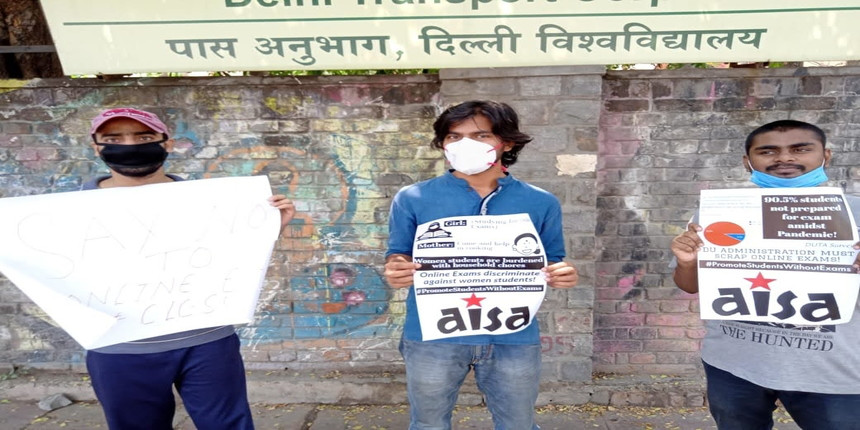 According to final-year students who will be appearing for an online open-book exam, the access to their admit cards is so easy that anyone who is aware of their roll number and the gateway password may download it.

The gateway password is same for all students, they said.

Even an outsider can have access to phone numbers, e-mail and residential address of students, which have been mentioned on their admit cards for the first time, he said.

“There are lakhs of students from diverse socio-economic background and any misuse of this data by any agency, because it is easy to access, may lead to grave consequences, especially when we have girl students of equally good strength. Therefore, the university administration must take notice of this breach of confidentiality and privacy," the letter said.

Some girl students complained about getting calls and e-mails from unknown sources and alleged that it was because their information was in the public domain.

A third-year student of Laxmibai College said,"A couple of days ago, I received a call from someone who said she is a teacher from Delhi University. I did not doubt the person since teachers have been protesting against the online open book exam and I thought the call was regarding that. But the caller turned abusive and I had to disconnect the call. Later, when I tried calling the number, it was switched off."

She said the caller might have got her phone number from her admit card.

A student of Gargi College said, "The roll number is a 10 digit number, which has the year of admission, course code and college code. It is not difficult to access these details.”

A student of Kirori Mal College alleged that many girl students have been getting calls and messages from outside companies who have got access to the data and accused the administration of compounding the problems of students.

A student of Rajdhani College said the university should have created individual passwords for students and sent them through WhatsApp.

Vinay Gupta, Dean (Examinations), Delhi University, said, "There is nothing like that. The issue was arising only for law faculty students. The exam roll numbers of students were in public domain since the results of the students appear in a gazette. We have stopped the admit cards for the law faculty students and they will be sent a one-time password over e-mail to access their admit cards."