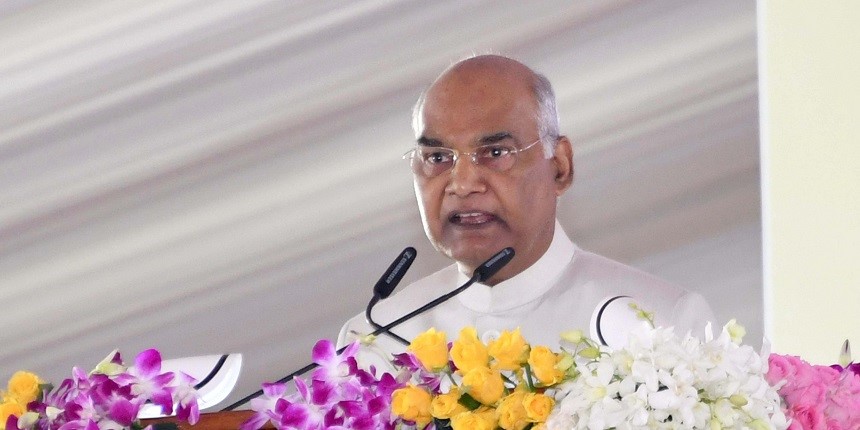 GORAKHPUR: President Ram Nath Kovind on Saturday inaugurated the Mahayogi Gorakhnath Vishwavidyalaya at Sonbarsa here and expressed confidence that the varsity will produce students who will contribute in building a strong and self-reliant India.

The university runs under the Maharana Pratap Siksha Parishad of Goraksha Peeth. Earlier in the day, the president had also laid the foundation stone of Ayush university at Pipri. Speaking after inaugurating the university, Kovind noted that he was confident that the Mahayogi Gorakhnath University “would prepare such knowledgeable students who would contribute in building a self-reliant, strong and healthy India”. He also talked about the National Education Policy (NEP) 2020 and how it envisages that education should build character.

The NEP also follows the ideology of Swami Vivekanada that education should promote mental power, development of mind and also enable a person to stand on his feet, he said. One of the objectives of NEP is to improve the curriculum and pedagogy of our institutions and also to create awareness among the students about their fundamental duties and constitutional values as well as their roles and responsibilities as citizens in the changing world, he noted.

Kovind also expressed confidence that the new university would conduct employment generating courses keeping in view the need of the hour in addition to courses in Yoga, Ayurveda, medical education, higher education and technical education, and would encourage high-level research. He hoped that it would also run vocational education and skill development courses for the students.

The president added that the Goraksha Peeth has been playing a major role in the socio-religious awakening of India for centuries. “During India's freedom movement, this Peeth had played an important role in the political awakening and even now it is working for public service, education and medical service,” he noted.