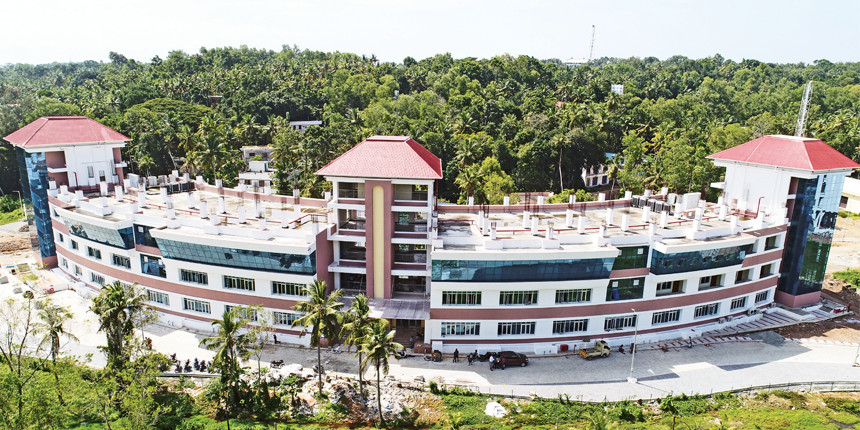 NEW DELHI: At The Kerala University of Digital Sciences, Innovation and Technology, the digital world will dictate both what is taught and how.

The Indian Institute of Information Technology and Management Kerala, an autonomous institute under the state’s IT Department, is transforming into a “digital university” that will combine the conventional methods of teaching in academia with cutting-edge technology. Exposure to augmented reality, virtual reality and the relatively low-tech facility of global conferencing with scholars in other parts of the country and abroad are all in the pipeline for the new university.

“We are not converting the IIITM-K into a university, we are reimagining it,” said Saji Gopinath, director, IIITM-K.

The transformation was announced, and an ordinance passed by the state government, in January. The existing institute was already assisting with the government’s initiatives to develop IT industry and digital technology and its new avatar will continue to do so.

The proposed university will shift from Technopark to Technocity, both in Thiruvananthapuram.

The digital university will offer postgraduate and research programmes but will also focus heavily on developing a variety of short-term course targeting not just fresh learners but also those already part of the industry. “There are many who are employed in big IT firms who need to upgrade their skills as per the need of the industry,” said Gopinath. “It is called the re-learning market. The short-term certificate courses will be a boon in the age of rapid adoption of technology.” An extension centre planned for the university will manage these activities for the university.

The IIITM-K had set up India’s first ‘blockchain academy’ – the Kerala Blockchain Academy – in collaboration with Blockchain Education Network, an international network of students, alumni and scholars of the technology.

An emerging technology, blockchain allows data to be stored globally, on thousands of servers, while letting anyone on the network see everyone else's entries in near real-time, in other words, decentralised access to data, explained Gopinath. The university intends to skill people for industries that are increasingly relying on decentralised data storage.

Student developers, with the application of blockchain technology, have found solutions for logistical problems in land registration, online voting and organ donation.

Since its inception in 2000, IIITM-K leads in the area of information technology and allied areas. Gopinath promises the new campus will be “world-class” and residential.

But learning will not be restricted to the classroom – every concept learnt must also be applied. Gopinath elaborated: “If you look at Artificial Intelligence, you would need a set of people to develop a program but you also need people who would transfer these programs in robotics.”

The university will begin with five schools – Computing, Electronic Design and Automation, Informatics, Digital Bio-Science and Digital Humanities. Each will offer a postgraduate degree and doctoral degrees in niche areas. These are yet to be designed.

Each school will also have a “partner institution” allowing for the sharing and exchange of students and curricular material. “We are planning to collaborate with universities abroad and we have already tied up with the University of Illinois for a project that focuses on medical imaging and augmented reality,” Gopinath said.

The digital university aims to become a hub of innovative research and entrepreneurship.

The chairman of IIITM-K, Madhavan Nambiar, said the university will “leverage cutting-edge technology” with a focus on “social innovation” – creating knowledge that helps the poorest and most marginalised. Cutting across disciplines, the attempts at social innovation will address sectors such as farming, education, health and telemedicine.

Research will be co-ordinated and facilitated by two centres – the Independent Centre of Excellence (ICoE) and Independent Training Outreach Centre (ITOC). These will work closely with the schools but be financially independent with autonomous administration.

Gopinath explains the need for such research centres apart from classroom studies, “You require independent interdisciplinary research which focuses on research areas for the advancement of the world of knowledge,” explained Gopinath. “First, you do research, develop the theories and models and then you translate it to something which can be generalised.”

The university will offer incubation centres for budding entrepreneurs and internship opportunities. “People learn something better when they are able to do it themselves,” said Gopinath. “The start-ups and entrepreneurship are where the studies become learning.”

The IIITM-K has already established an incubation centre - Maker Village which supports over 60 hardware startups. Set up as a joint initiative between the Union Ministry of Electronics and Information Technology, Kerala Government and IIITM-K, it assists companies working on artificial intelligence, automation, robotics, drones, Internet of Things and other related fields.

In the upcoming university, the incubation centre will also be expanded, not only in terms of reach but also the focus. Currently, the projects are all based on electronic system design and manufacturing (ESDM) which will be extended to multiple schools as well.

A tech-driven curriculum and pedagogy is resource-intensive. Gopinath promises that no more than 40-50 percent of the university’s revenue will be raised from fees. But it is going to be a “focussed university with a limited number of students”, he added.

The university authorities are looking to the “re-learning market” to generate revenues. “We are also looking at corporate linkages, revenue generated from KBA to run the university,” said Gopinath. Plus, they hope to raise funds through patenting innovations and selling them to multinational corporations, like many American universities have done.