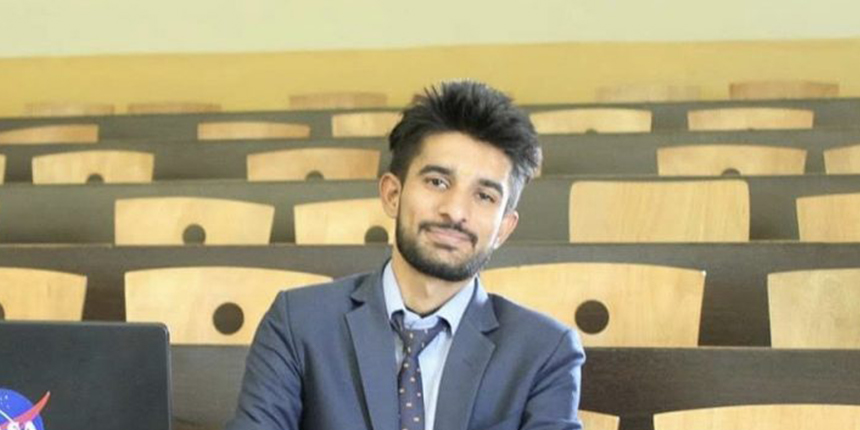 Robin comments, “I led the Optical Communication 1U CubeSat project named ‘Calypso’ which is scheduled to launch in Low Earth Orbit before the end of 2021. The project was mentored by Mr. Matthew Travis with 20 years of experience in the aerospace industry. Mr. Travis has worked at the National Centre for Supercomputing Applications and developed the world’s first graphical web browser, NCSA Mosaic.”

Robin further explained how he developed interest in this field of study. “Along with subjects such as Satellite Communication, Orbital Mechanics, Space Science and Space Environment, my interest in CubeSat grew while I was working with Open Cosmos as an Academic Ambassador; a pioneer space system developing company in Oxford. Gradually I developed interest beyond books and the classroom as well.”

Robin was also a part of the Team Astral in the year 2017, as a payload designer. This experience helped him gain practical knowledge. “It was a great experience,” he said, “working with my teammates and our student advisor Zozimus D. Labana. I mentored Team Astral for Annual CanSat Competition 2020 organised by American Astronautical Society and sponsored by NASA. The team set an epitome of tenacity and secured seventh rank globally.”

Tracing the trajectory that led to this plum offer, Robin added, “Industrial exposure in the CubeSat sector along with international contacts in the space industry helped me grab this wonderful opportunity.” I would like to thank Sudhir Joshi, Head of Aerospace Department, for his constant support throughout my journey, which helped envision my goal. I remember when I stepped on the campus for the very first time and Sudhir Chaturvedi motivated our batch and said, “One of our alumni is currently working at ISRO, is anyone of you willing to do the same?”, and that ignited a spark in me.”

He believes that one should never get disheartened by failure because it is a part of success and be persistent in one’s efforts.

Your UPES Dehradun brochure has been successfully mailed to your registered email id “”.