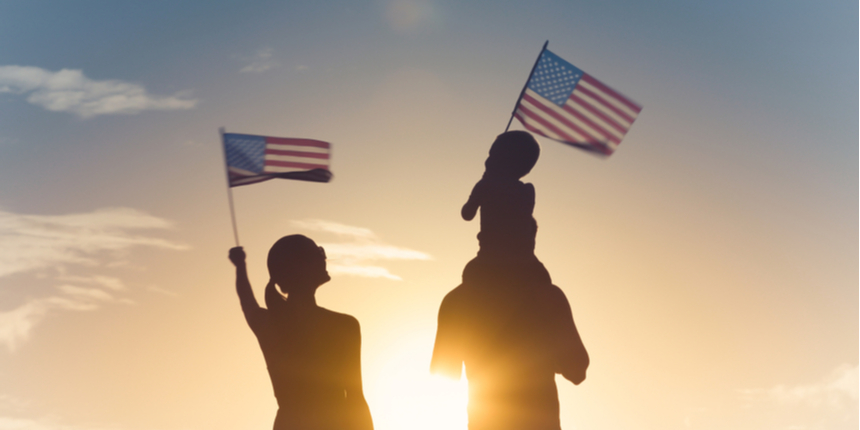 WASHINGTON: The US Senate has unanimously passed a bill that eliminates the per-country numerical limitation for employment-based immigrant visas and raises it for family-based visas, a legislation that will hugely benefit hundreds of thousands of Indian professionals in America who have been waiting for years to get their green cards.

The passage of the Fairness for High-Skilled Immigrants Act by the Senate on Wednesday comes as a big relief to Indian IT professionals who come to the US on H-1B work visas and their current waiting period for Green Card or permanent residency is running into decades.

Originally passed by the US House of Representatives on July 10, 2019 by a bipartisan 365 to 65 votes, the legislation increases the per-country cap on family-based immigrant visas from seven per cent of the total number of such visas available that year to 15 per cent. It was sponsored by Republican Senator Mike Lee from Utah in the Senate.

The legislation eliminates the seven per cent cap for employment-based immigrant visas, a provision that will facilitate removal of the massive backlog of Indian IT professionals in the US. It also removes an offset that reduced the number of visas for individuals from China. Because of arbitrary per-country caps, the legal status of Indian IT professionals was constantly in jeopardy.

In fiscal year 2019, Indian nationals received 9,008 category 1 (EB1), 2,908 category 2 (EB2), and 5,083 category 3 (EB3) Green Cards. EB1-3 are different categories of employment-based Green Cards. In July, Senator Lee had told the Senate that the backlog for an Indian national to get permanent residency or Green Card is more than 195 years.

The new legislation also establishes transition rules for employment-based visas from FY2020-FY2022, by reserving a percentage of EB-2 (workers with advanced degrees or exceptional ability), EB-3 (skilled and other workers), and EB-5 (investors) visas for individuals not from the two countries with the largest number of recipients of such visas.

Of the unreserved visas, not more than 85 per cent shall be allotted to immigrants from any single country. Running against time, the Senate on Wednesday moved the process very quickly. It was passed by the Senate Judiciary Committee by unanimous consent and soon thereafter it was considered by the full Senate.

The Senate passed it quickly with unanimous consent. Currently, there is a backlog of almost one million foreign nationals and accompanying family members lawfully residing in the US who have been approved for, and are waiting to receive, employment-based Green Cards. The largest number of them are from India. The Fairness for High-Skilled Immigrants Act creates a more merit-based system that levels the playing field for high-skilled immigrants, said Senator Kevin Cranmer, who worked to ensure that the legislation includes safeguards against fraud and abuse in the visa system.

The Senate passed the bill as Senator Cramer presided over the chamber. “Immigration is often a contentious issue, but we should not delay progress where there is bipartisan consensus," he said. In February 2019, Cramer brought Debjyoti Dwivedy ("DD"), a North Dakota State University alumnus and Vice President of Immigration Voice, a group which advocates for this bill, as his guest to the State of the Union. “As Congress debates the many aspects of our broken immigration system, Debjyoti offers expertise and experiences that reflect North Dakota priorities and values,” Senator Cramer said at the time.

“It is my hope we can finally pass a version of the Fairness for High Skilled Immigrants Act this Congress.” “Being invited as his guest to the State of the Union was a great honour. To me, this demonstrates his appreciation for the important role immigrants play to North Dakota. His ardent support for the Fairness for Immigrants Act is found in both his conservative principles and his commitment to the people of North Dakota,” DD wrote after the event.

In August, Senator Lee on the Senate floor said that he has always been struck by the fact that the government has conditioned green cards and a pathway to citizenship based solely on the applicant's country of origin. There may have been some legitimate reason many decades ago in fact for this, but this has led to a system that largely discriminates against green card applicants from one country, he told his Senate colleagues. “I mean literally one country. This is inconsistent with our founding principles. this is not how we try to do things as Americans, and it's not right. Today, if you're a work-based immigrant from India entering into the EB- green card application process, you will wait almost 200 years before your application is even considered solely because of where you were born,” he had said.

“Almost 200 years on a waiting list. Some people don't even live that long. Our country isn't much older than that, and that's the amount of time they would have to wait based solely on the basis of the country in which they were born,” Lee had said, urging his colleagues to lift the country-cap on Green Card applicants. “If you're born anywhere else, anywhere else other than China; let's say in Ghana, Sweden, Indonesia, basically any other country other than India your application will be considered immediately. This sort of discrimination is simply inconsistent with the principles of a merit-based immigration system and with our founding principles and the principles that unite us as Americans,” he had said.

Bihar board intermediate admit card 2021 to be released today