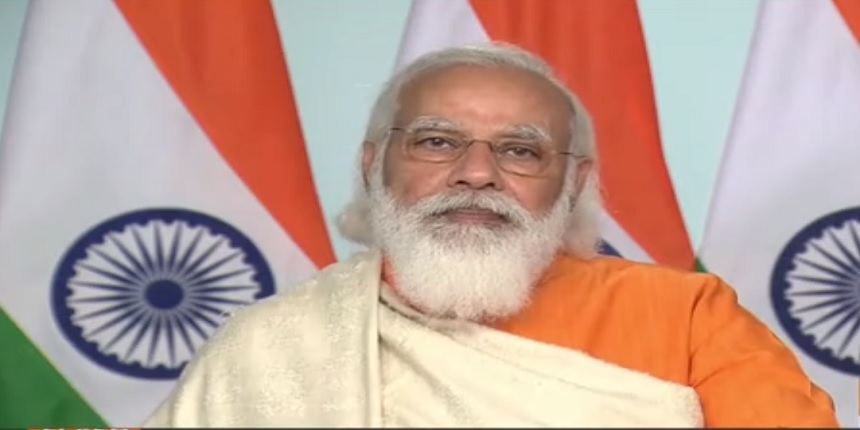 NEW DELHI: Prime Minister Narendra Modi on Thursday said that Gurudev Rabindranath Tagore did not establish Visva-Bharati just to provide education, but he wanted to develop it as a seat of learning.

Prime Minister Modi was speaking at the centenary celebrations of Visva-Bharati University, which is also the first central university in the country also an Institution of National Importance (INI) located in Santiniketan, West Bengal. Also, the Prime Minister is the Chancellor of the university.

Urging students of the university to help local artisans, the PM said that students should come forward to help the local artisans who have been organising fairs in campus and help them sell their products online and promote them through social media. The university was founded by Tagore who named it, Visva-Bharati, which means the communion of the world with India.

Bharatiya Janata Party (BJP) and its leaders have been targeted by the Trinamool Congress and West Bengal Chief Minister Mamata Banerjee for being outsiders, taking a dig at that Modi highlighted when Satyendra Nath Tagore, brother of Ravindranath Tagore was posted as ICS in Ahmedabad, Gurudev visited Gujarat twice and wrote two poems there. Modi said: “One of the daughters-in-law of Tagore was also from Gujarat.”