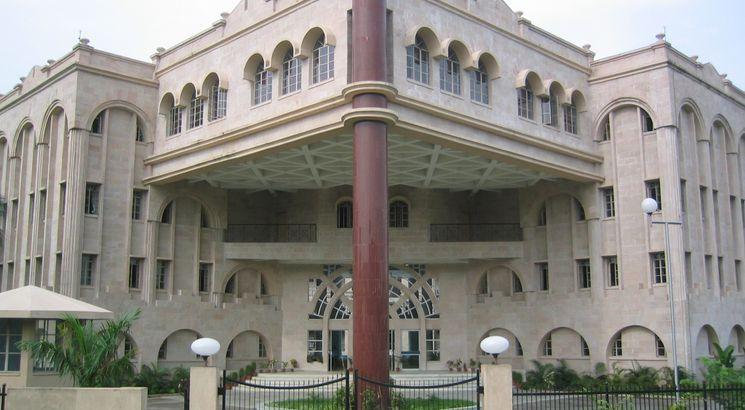 However, the WBNUJS VC has cited ‘health and family reasons’ for his resignation. In a letter to Justice Dipak Misra, the Honourable Chief Justice of India and WBNUJS Chancellor, Dr Bhat writes, “I would like to tender my resignation from the position of the Vice-Chancellor that shall come into effect on April 7, 2018, after the meeting of the Executive Council.”

The WBNUJS students had gone on a ‘passive’ protest, during which they would attend classes while engaging with the NLU faculty on their views about a report on Dr Bhat’s ‘incompetency’ as Vice Chancellor.

The report on WBNUJS, by the first ever Review Commission, says, “…he is [...], nepotistic, undemocratic and despotic, incapable, and incompetent. Our lived experiences show how several of us have been victims of his blatant casteism and continued inaction against sexual harassment. The hallmarks of his tenure have been three no-confidence motions, stagnation and regression of academic culture, evasiveness and shirking responsibility, destruction of all meaningful engagement with stakeholders and deliberate repression of their voices. His selfishness and indifference towards the institution is exhibited by his years of efforts to delay the constitution of the long-overdue review commission and his attempt to again evade responsibility by seeking an appointment at CNLU Patna on receipt of the report from the Hon’ble Chancellor.”

Further, the students had also warned that if the VC did not resign, the protest may become more active and vigorous. The SJA statement adds, “In the highly likely scenario that he does not resign by the stipulated deadline, our protest shall become more active and vigorous. However, under no circumstances, shall we be compromising on our academic integrity. To that end, we will be appearing for our mid-semester tests, submitting our project papers and requesting faculty to reschedule our classes so as to not jeopardise our constitutional and educational rights. In course of our protest, we shall not be obstructing the right to work of any faculty or staff member.”

It’s assumed that the WBNUJS students’ protests were so determined that the VC had to step down. Some of the NLU students have also created a Facebook page, for fuelling the protests under the name, ‘NUJS Speaks’ and have been regularly updating it with posts of ‘irredeemable administrative inefficiency’ and protest pictures under the handle #NotMyVC since then.

NEP 2020: What does it say about schools and universities?
Abhay Anand | Jul 29, 2020
More From Apratim Chatterjee