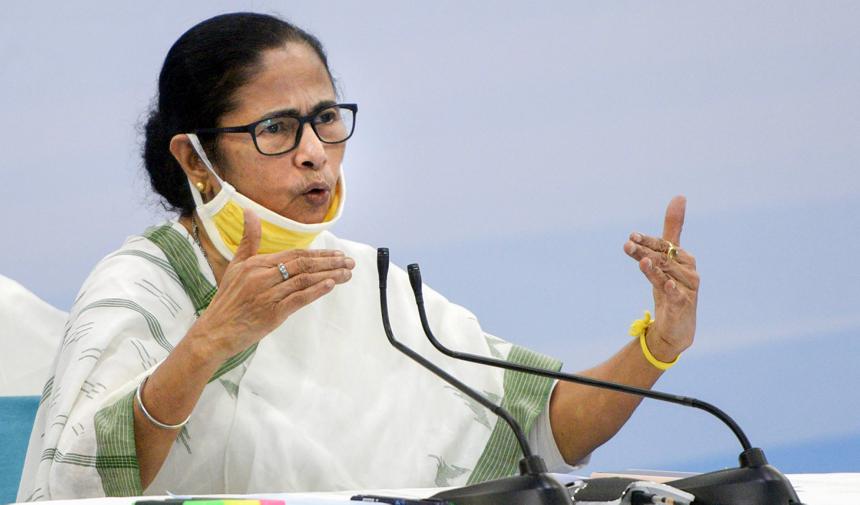 KOLKATA: West Bengal Chief Minister Mamata Banerjee on Wednesday said 75 per cent of JEE-Main candidates in the state could not appear for the exam held on September 1 due to the COVID-19 pandemic and blamed the Centre's "ego" for it. In other states, only half of the examinees managed to turn up due to the COVID-19 pandemic situation, she claimed.

"Our students are in great trouble. So many of them were not able to attempt JEE. That's why we had requested the central government to appeal to the Supreme Court or review the matter again so that students are not deprived," she told reporters.

Banerjee expressed her displeasure with the BJP-led Central government for its stand on holding JEE/NEET despite several appeals. "Who will be held responsible for those who could not sit for the examinations due to the COVID-19 pandemic?" she asked.

"What would have gone wrong if the examinations were deferred by another few days? Why is there so much of ego? Why are you (central government) so stubborn? ... Who gave you the right to spoil the future of the students," the TMC supremo hit out. She said the students didn't refuse to sit for the exams and had only requested to defer them by a few more days during the pandemic due to concerns about their health.

The parents of the JEE (Main) candidates PTI spoke to said they had to shell out steep fares to take their children to various test centres from their home districts. The father of candidate Ayan Roy Mahapatra said he had to cough up Rs 25,000 to cover a distance of 365 km from Malda to Kolkata for hiring a SUV. Ayan had appeared for the Joint Entrance Exam (JEE)-Mains from a test centre in Salt Lake area here on Tuesday.

Another candidate Biltu Dey who travelled in a private luxury bus from Malda to Kolkata spent Rs 800 on one-way fare as he did not want to board crowded public transport. Vivekananda Kundu, father of candidate Rohan Kundu, did not divulge the fare he had to pay for the journey from Midnapore town to Esplanade here.

The journey on a crowded bus made him jittery about the possibility of getting infected by coronavirus. "We had to pay thrice the regular fare but the conductor still kept on picking up passengers without thinking for our safety. We couldn't afford to pay Rs 25,000 for a car so we chose the public transport," he said.

They will come back to the city again on September 13 for the National Eligibility-cum-Entrance Test (NEET) but are apprehensive. Stating that she felt sad for those students who could not appear for the examinations, the chief minister said, "I am pained and I am shocked. I will again ask the Centre to review how many students could sit for the tests and how many could not in different states".

Another plea was filed by 11 students from as many different states seeking quashing of the July 3 notices issued by the National Testing Agency (NTA) on the holding of JEE and NEET in September.

The Supreme Court had on Monday dismissed a plea seeking postponement of the JEE-Main and NEET undergraduate examinations saying a "precious year" of students cannot be wasted and life has to go on. The JEE-Main is scheduled to be held from September 1-6, while the NEET UG 2020 exam is scheduled for September 13.