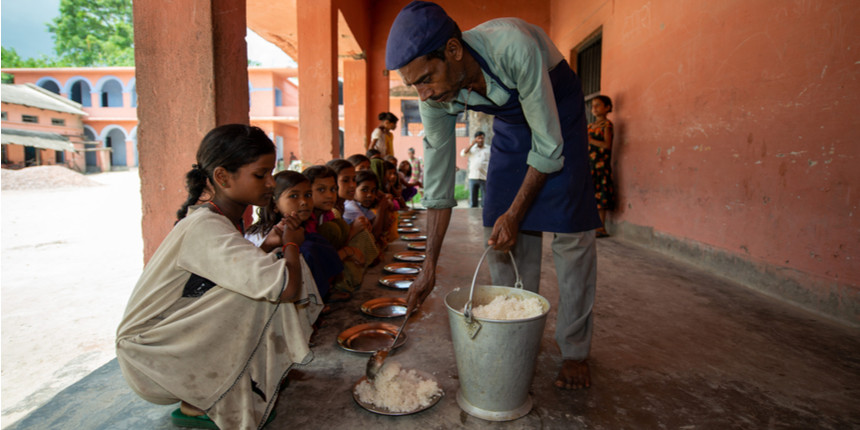 In a statement, AAP North MCD Leader of Opposition Vikas Goel said a multi-crore scam was committed by the BJP-ruled North MCD in mid-day meals. "The BJP-led North MCD committed this scam despite knowing that poor children will suffer due to it. The civic body has replaced 'dal' with 'kala chana' and Vanaspati ghee with inferior Palmolein oil," he said. Goel further alleged that even the weight of the dry ration kits given to children has been tampered with, and that North MCD commissioner Sanjay Goel and BJP leaders are fully aware of this matter but they have not taken any action against it. He also warned the BJP that they will have to face the consequences of harassing the public like this, adding that people have made up their minds to overthrow the party from the MCD.

Delhi BJP spokesperson Praveen Shankar Kapoor said the Aam Aadmi Party (AAP) has made a "frivolous allegation" on North MCD with political bias. "North DMC is distributing ‘chana dal’, cooking oil, among others, purchased from Kendriya Bhandar, to students. If at some places, Kabuli chana has been distributed in place of ‘dal’, AAP should know that Kabuli Chana is better and costlier than ‘dal’. When costlier things purchased from a government agency are being given, where is a scam? Soon, North DMC will distribute rice and wheat too," he said.

The BJP leader added that it will be better if AAP stops political maligning of BJP-ruled MCD and ask the Delhi government to release student ration funds for the current quarter “which it is not releasing even as half the quarter is over".