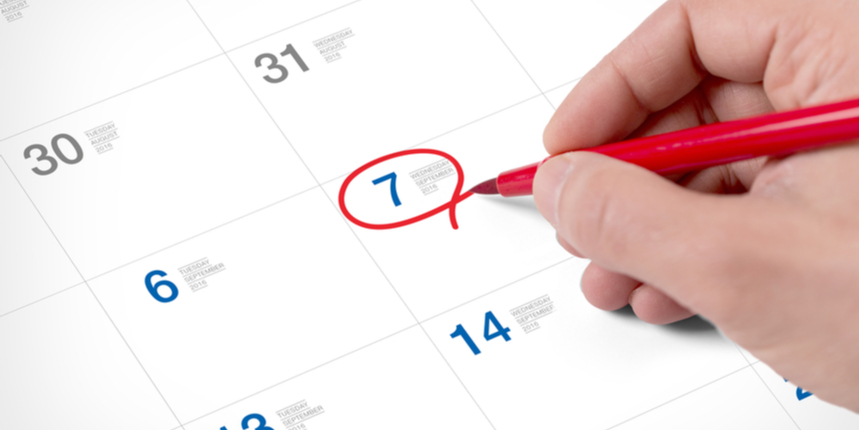 New Delhi: The Consortium of National Law Universities (NLUs) has announced it will conduct the Common Law Admission Test (CLAT) 2020 on September 7 (2 pm - 4 pm). The decision was taken at a meeting of the General Body of the Consortium that was held on August 10.

The consortium had earlier postponed the exam, which was scheduled to be conducted on August 22, until further notice due to the emerging COVID-19 pandemic.

The consortium has also released a series of health and safety protocols for conducting the CLAT 2020 exam in centre-based mode. These guidelines and protocols are designed to ensure the safety and protection of the candidate as well as exam officials.

Admit cards to be released in two weeks time

The consortium will release the CLAT 2020 admit cards on the official website in 2 weeks’ time. The admit card will contain information like the roll number and name and address of the exam centre.

Note that no candidate will be allowed to enter the CLAT 2020 exam centre without a mask. Also, precautionary measures will be taken to maintain proper social distancing.

Will there be another postponement?

While the consortium has announced a new exam date, everything hinges on how the COVID-19 situation evolves. If things stay under control, then there is every chance the exam will go on as planned.

However, if the situation deteriorates, another postponement or even cancellation cannot be ruled out.

What happens if the exam is cancelled?

It will be a very hard decision for the consortium to take, but if the exam is at all cancelled then the consortium most probably will consider 10+2 marks to prepare the merit list. That being said, the candidate mustn’t go by speculation and follow the official website of the consortium to stay updated with the latest news.