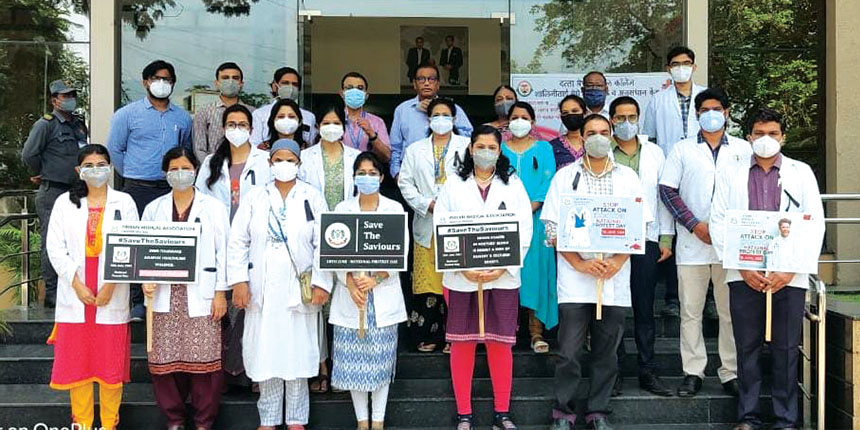 NEW DELHI: By the end of it, a busted skull, lacerated ear, and flagging willpower were all Satish Singh was left with. A junior resident doctor at the All India Institute of Medical Sciences (AIIMS) Delhi, he was thrashed by residents of adjoining Gautam Nagar in July. He was accused of spreading COVID-19 as he spent hours serving hundreds of patients who came looking for treatment in the raging pandemic.

A weak medical infrastructure crumbling under the weight of soaring cases of coronavirus meant long shifts, fatigue and gross health risk for lakhs of doctors across the country. Battling with the virus in the absence of adequate medical help, many lost their lives. As the visible and accessible part of a large failing system, doctors became targets of public anger even as manpower shortages were felt across the board.

An ongoing study by the Indian Medical Association (IMA) indicates that 75 percent of doctors in India have faced some form of violence at some point of time in their life. Medical students across India have been demanding a central law that lays down effective measures to increase security to prevent such incidents.

On September 28, 2020, in the wake of the COVID-19 outbreak, the Union government amended the Epidemic Diseases (Amendment) Act, 2000 to include “acts of violence against healthcare personnel during any situation akin to current pandemic would be cognizable and non-bailable offences”.

However, medical students have expressed concern that violence against doctors cannot be mitigated with legal provisions alone.

Alone in the fight

Namaratha C., president of Karnataka Association of Resident Doctors (KARD), says apart from bringing in effective legislation, the government should also sensitise people and make them aware of such laws. People must be made aware of the standard procedure to file a complaint, how to respond in trauma and taking cognizance of medical rules and regulations, she said.

Namratha, who spends a lot of time in COVID-19 wards, alleged some families intentionally hurt doctors to show how powerful they are. The cases of intentionally causing hurt are more than the people who assault doctors during emotional trauma. “I have seen my colleagues being verbally abused by a patient’s family several times,” she added.

On May 22, a patient died of cardiac arrest in Vijayanagar Institute of Medical Sciences, Bellary. His enraged son slapped and verbally abused the on-call female doctor. The man was arrested but in the absence of support from colleagues, many hesitate to even report the assault.

Also Read: NEET 2021: Why resident doctors, MBBS interns across the country are protesting over pay

“The current legal structure requires you to file an FIR [first information report with the police] as an individual. The institution where the incident occurred cannot file it on behalf of them. Many times, the doctors are so busy or lack the support to fight the long battle of justice alone that they do not file a case. In Raichur, a resident
doctor was beaten up, but the director of the medical college simply denied that any such incident had happened,” alleged Namratha.

To avoid accountability for the inadequacy of security and basic infrastructure, heads of medical colleges often refuse support to victims of such violence.

Last year, a medical intern at the Gadag Institute of Medical Sciences, who was beaten, refused to lodge a complaint fearing he would have to waste his time roaming around police stations and the court. A complaint from the institution was filed stating a bunch of goons had damaged hospital property, but nothing about the physical assault on the doctor was mentioned.

KARD has submitted a proposal to the Karnataka Government to set up a legal cell in all medical colleges where the doctors can get legal advice and help against such attacks.

A legal framework without proper implementation, according to resident doctors, has led to the escalation of hostility against doctors. The IMA, a national organisation of physicians in India, called for a nationwide protest on June 18 over the recent incidents of violence against healthcare professionals and demanded a central law to curb such cases.

Doctors wore black badges, ribbons and black shirts, and raised slogans like “save the saviours”. According to IMA, as many as 3.5 lakh doctors, individually and in groups, with proper COVID protocol, participated in this protest.

“We are constantly under humongous pressure to save lives while we are risking our own. We should not be subjected to this monstrosity, and we deserve to be treated with dignity. I have been verbally abused and scowled at by passive-aggressive relatives. I am in constant fear that they will attack me,” said a female resident doctor asking not to be named.

Also Read: Helped by COVID-19, demand for community medicine after MBBS is rising

Central law for protection of doctors

The Federation of Resident Doctors Association India, or FORDA, is also rallying support against the attacks on doctors, especially during the COVID-19 pandemic. The association has submitted a detailed document suggesting measures like deployment of a ‘central hospital protection force’, a quick response team, adequate staffing, properly designated areas for out-patients and casualty.

In July, Dr. Sunil Kumar, director-general of health services, and various stakeholders of the medical fraternity participated in a virtual meeting to discuss the suggested measures.

“This has been a long fight, to prevent attacks against doctors, and it began before the pandemic. We have demanded that a central law for protection of doctors should be implemented as soon as possible to ensure our safety. In the meeting, the DGHS assured us that necessary steps as suggested by FORDA will be taken at the earliest,” said Manish, president of FORD, who does not use a last name.

On a subsequent occasion, the minister of health and family welfare wrote to the chief ministers of all states to ensure rule of law so that doctors and clinical establishments can do their duties without any fear of violence and to act against the perpetrators of violence against doctors as per law. 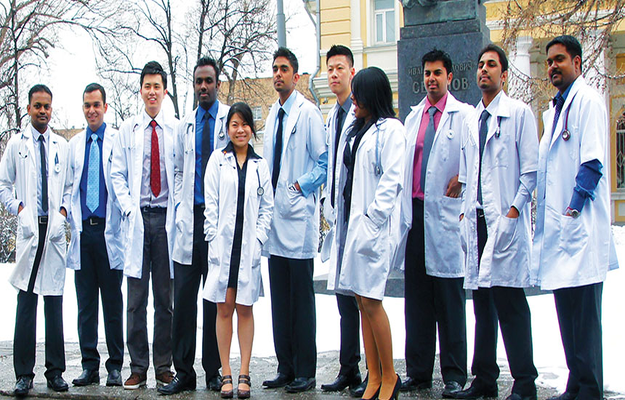 Your BMCRI Bangalore brochure has been successfully mailed to your registered email id “”.