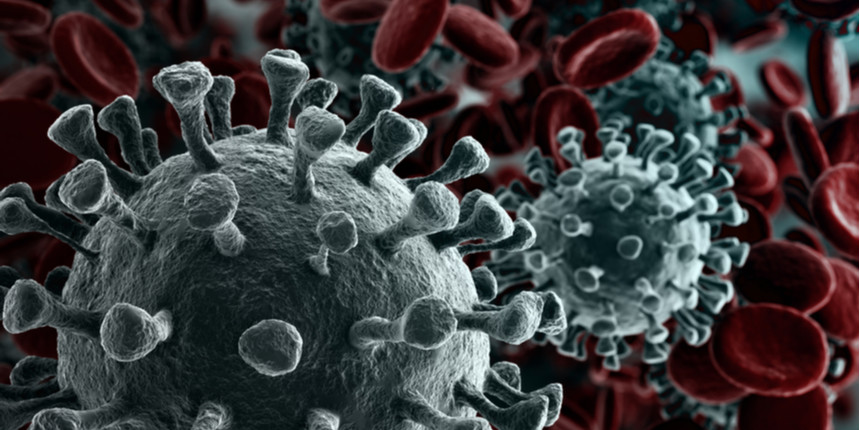 London, May 15 (PTI): The United Kingdom's biggest COVID-19 vaccine project, currently being tested by the University of Oxford, has shown some promising results in a small study with monkeys.

Researchers involved with the ChAdOx1 nCoV-19 trials said the vaccine had shown signs of priming the rhesus macaque monkeys’ immune systems to fend off the deadly virus and showed no indications of adverse effects. According to the study, which is yet to be peer-reviewed, a single vaccination dose was also effective in preventing damage to the lungs – organs that can be severely affected by the virus.

"A single vaccination with ChAdOx1 nCoV-19 induced a humoral and cellular immune response in rhesus macaques," the authors said. "We observed a significantly reduced viral load in bronchoalveolar lavage fluid and respiratory tract tissue of vaccinated animals challenged with SARS-CoV-2 (COVID-19) compared with control animals, and no pneumonia was observed in vaccinated rhesus macaques," they said.

The researchers found that after being exposed to high levels of the novel coronavirus, none of the six monkeys that were given the vaccine developed viral pneumonia. Also, there was no sign that the vaccine had made the animals more vulnerable. The development has been welcomed as encouraging signs for a vaccine currently undergoing human trials but experts warn that it remains to be seen if it is as effective in humans. "These results support the ongoing clinical trial of the vaccine in humans, the results of which are eagerly awaited," said Dr Penny Ward, visiting professor in pharmaceutical medicine at King's College London.

Sarah Gilbert, professor of vaccinology at the University of Oxford's Jenner Institute who is leading the research, has previously said she has a "high degree of confidence" in the vaccine. "Of course, we have to test it and get data from humans. We have to demonstrate it actually works and stops people getting infected with coronavirus before using the vaccine in the wider population," she said. British drugs giant AstraZeneca has struck up a "landmark partnership" with the Oxford University team and said that 100 million doses could be made by the end of the year if the trials prove successful.

"We’re now starting to wait for an advocacy signal to see whether people who’ve been vaccinated don’t get the disease, so that’s the next step," said John Bell, professor of medicine at the University of Oxford. However, the team is faced with the risk that there may not be enough active disease in the community for the participants to catch it naturally, calculations around which remain ongoing as the human trials progress in regions of the UK. If the trial is successful in the UK, the Oxford team will approach scientists in the Kenya Medical Research Institute (KEMRI) and will approach the government of Kenya for permission to evaluate in Kenya.

"We also want to make sure that the rest of the world will be ready to make this vaccine at scale so that it gets to populations in developing countries, for example, where the need is very great," Bell said. Meanwhile, it is hoped that results from the first human trials could be available by next month after healthcare workers on the frontlines of the pandemic were among those in the first batch of the trials in the UK. The UK is the third worst-hit country in the world with 234,441 coronavirus cases. The US tops the chart with 1,417,889 cases, followed by Russia at 252,245. The deadly virus has so far claimed 33,693 lives in the UK.