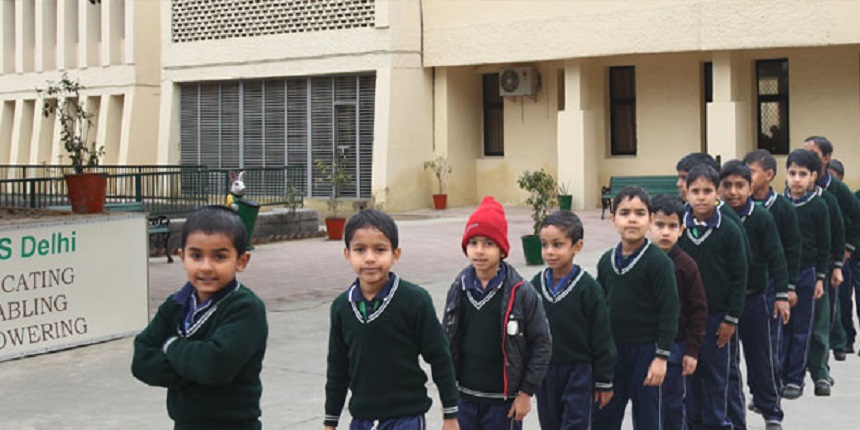 GUWAHATI: The Assam government on Monday announced to change the academic year to April-March from existing January-December in view of the disruptions caused by the COVID-19 pandemic. Chief Minister Sarbananda Sonowal chaired a meeting of the council of ministers in Guwahati and took a number of important decisions related to various departments.

"Earlier our school's academic year was from January to December. The government has taken suggestions from the public and educationists in the backdrop of COVID-19. Now, the academic year will be from April to March," Assam Parliamentary Affairs Minister Chandra Mohan Patowary told reporters here. In a tweet after the meeting, Sonowal said, the decision will align the academic calendar of Assam with that of the rest of the country. Schools, colleges and universities have been shut across Assam Since March due to the outbreak of novel coronavirus.

Patowary informed that the council of ministers allocated 200 bigha of Ashok Paper Mill at Jogighopa for India's first International Multi-Modal Logistic Hub, paving the way for new investments, employment and trade. "This is a Rs 3,000-crore project and Rs 693 crore have already been allocated. This will have a rail link, national highway connectivity, port and air cargo facilities.

This centre will boost export-import in South Asia," he added. He expressed optimism that once ready, this facility will become a big business hub in the entire eastern India. Besides, the cabinet passed the MSME Ordinance, which puts an end to the process of taking multiple permissions for setting up micro, small and medium enterprises (MSME) in the state for next three years, an official release said.

The council of ministers has approved a loan of Rs 338.28 crore from NABARD for development works in various sectors, it added, without sharing details. The statement informed that in view of pandemic, the cabinet has passed an ordinance for extension of dates of GST return. "The CoM has also approved 15th Finance Commission Grant in the following ratio -- 70 per cent for gaon panchayat, 15 per cent for anchalik panchayat and 15 per cent for zila parishads," it added.

It further stated that a decision was taken for reduction in Earnest Money Deposits (EMDs) for mines auction to 0.5 per cent for general category and 0.25 per cent for SCs/STs. Patowary said the council of ministers has approved amendment of the Bengal-Agra-Assam Civil Court Act, 1887, for increasing the financial limit of cases in lower courts from Rs 50,000 to Rs 10 lakh. "We also consented to amend the Assam College Employees Provincialisation Act, 2005 to enable retired employees to receive pension in return of their CPF," he added.

Patowary informed that the Chief Minister has asked all the ministers responsible for respective allotted areas to discharge their duties related to COVID-19 and flood havoc, besides telling them to implement the budget allocations properly. "The meeting discussed flood situation in detail. The affected people will be given proper relief and rehabilitation. The COVID-19 scenario was also discussed at length," he added. When pointed out to traders allegedly resorting to exorbitant pricing of items, mostly vegetables, after lockdown was announced in Guwahati,

Patowary said the CM immediately called the Chief Secretary and officials of the Civil Supply Department on Sunday over the issue. "He asked to conduct an inquiry. Already three persons have been arrested. Steps will be taken so that such artificial crisis do not arise in future. "We had requested the traders not to increase the prices," Patowary added.