Delhi University executive council members said that the UGCF was arbitrarily made by the NEP Cell, leading to the dilution of academic rigour.

NEW DELHI: The Delhi University (DU) Executive Council members have written to the Delhi University vice-chancellor Yogesh Singh pointing out the shortcomings of the DU Undergraduate Curriculum Framework (UGCF) 2022 prepared by the New Education Policy (NEP) Cell, and requesting to make required amendments . According to the executive council members, the UGCF was arbitrarily made by the NEP Cell, leading to the dilution of academic rigour.

The letter cited the doubling of the student-teacher ratio by the UGC and said that it will reduce the workload leading to the displacement of teachers, especially those working in ad-hoc capacity. According to the executive council members, the UGC letter of September 2020 says that the workload of the associate professor promoted from assistant professor will be carried forward which leads to many colleges mandating teachers to take 16 periods per week. Recently, directives from DU said that no guest teacher will be appointed till all teacher takes 16 periods per week. The letter pointed out that this is ignorance towards the importance of research done by the faculty members.

The executive council members also criticised the reduction of weightage of core papers in CBCS-LOCF to 45–50 percent by the UGCF 2022. The members of the DU executive council say that this will result in a reduction of the workload. "More options in GE/SEC will create a new type of tension among Departments making the authorities at the local administration level to follow a pick and choose mechanism which is not a healthy practice," said the letter.

They also pointed out the reduction of overall credit from 196 to 176 in four years and 148 to 132 in three years, and the reduction in the credits of DSC, DSE, and GE papers from six to four and that of AEC, SEC from four to two, thereby causing a reduction in the workload, loss of corresponding hours of teaching, displacement of the teachers and dilution of the syllabus contents, and hence the academic rigour.

The criteria of making the optional papers based on the number of students and choice of paper by the students will result in fluctuating workload, they claimed. The DU executive council members also cited the removal of English as an option from AEC and as the compulsory language core in BA and BCom. They said that it will drastically reduce the workload of the English departments in colleges, resulting in the displacement of about 30 percent of English teachers across colleges.

According to the University of Delhi executive council members, the UGCF has no separate credit for the practical components of science courses. and there is no scope for fieldwork in “Environmental Science and Sustainable Development”. Although EVS should be a compulsory paper as per the UGC and Supreme Court directives, it is not included in the current framework following the given guidelines, the letter highlighted.

The letter further said that the multi-entry–exit system (MEES) and academic bank of credits(ABC) are hampering the implementation of the reservation for Scheduled Caste (SC), Scheduled Tribe (ST), Other Backward Classes (OBC) and Economically Weaker Section(EWS) in teaching jobs. The DU executive council members also pointed out the issues regarding advertising of teaching posts, lateral entry, research and laboratory practicals and others. 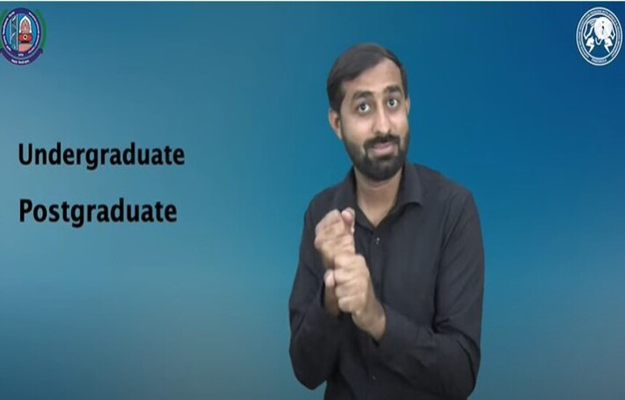