DU’s Law Faculty is one India’s best-known law schools. Why doesn’t it rank in NIRF?

Faculty of Law, DU has trained some of India’s best-known legal minds but the law college is struggling due to severe resource and teacher shortage. 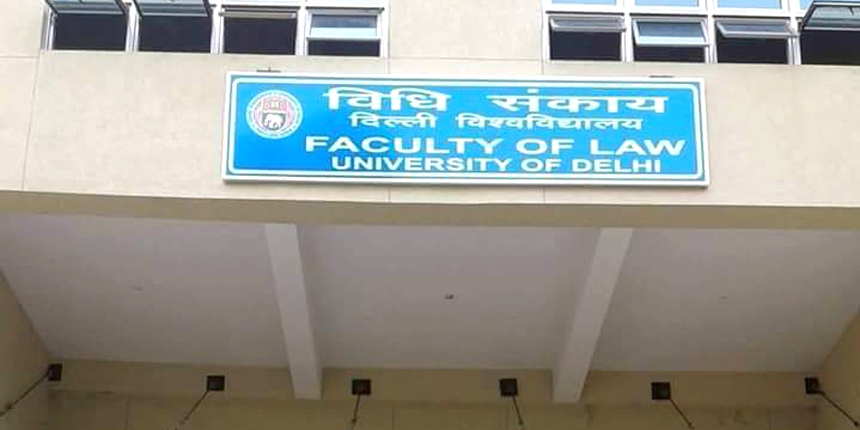 New Delhi: Despite being one of the oldest law colleges of India and producing “many legal luminaries, Supreme Court and High Court judges, leading advocates, political leaders and policy makers'' as its website boasts, Delhi University's Faculty of Law is in trouble. It even failed to make the National Institutional Ranking Framework’s (NIRF) list of top law schools in the country in 2022.

Central government’s NIRF started ranking law schools in 2018 but law faculty first participated in 2022. Five DU colleges were among the top 10 in the NIRF college rankings 2022.

Students said they were inspired to join the law faculty because of its “brand value” and its alumni which includes India’s law minister Kiren Rijiju and Chief Justice of India (CJI) Dr DY Chandrachud.

However, teacher shortage in all three centers – Law Centres 1 and 2 (LC I, II) and Campus Law Centre (CLC) – is compromising the quality of legal education, they said. Huge intake and vacant administrative positions have also impaired law faculty’s functioning.

Vikas Kumar, assistant professor in CLC, believes that a major reason for failure to rank is that law faculty is “lacking in collaboration with foreign universities, students exchange programmes, interaction of faculty members with other universities’ faculties”. But that’s just one of many problems.

“Research is one of the parameters and we are also lacking in it due to funding from university and ministry of education. The teachers are kept busy in teaching and committee work and not encouraged to pursue research,” he added.

Parikshet Sirohi, assistant professor at LC 2, said that “DU’s vice-chancellor Yogesh Singh has already said that the NIRF score is poor not only at the law faculty level but also at the entire university level because of faculty crunch.”

DU slipped by a spot to the 13th position among universities in NIRF’s 2022 ranking. In the overall category, it dropped from 19 to 23.

DU’s law faculty dean and senior professor Usha Tandon did not respond to calls and texts.

According to Tandon’s message on the law faculty’s website, the department has over 130 teachers and about 7,000 students enrolled in LLB, LLM, and PhD students and “functions within limited resources”.

Bar Council of India (BCI)’s guidelines require the teacher-student ratio to be below 1:40. But in DU, shortage of teachers makes one-to-one interaction with students practically impossible.

Delhi University’s annual reports show a constant increase in the number of students in law faculty. From 2016-17 to 2020-21, the faculty strength fluctuated, ranging from 137 to 165, but the student roll-strength steadily rose. Given below are the numbers and ratios over the years.

Before he joined, Utkarsh “was under the impression that law faculty has good infrastructure, teachers-student ratio, and good exposure because of its location in the national capital”. Now, “none of these expectations stand on ground” and the teacher-student ratio is “outrageous”, said Utkarsh, now in second year of LLB at LC 2. 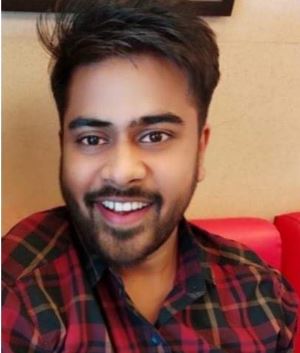 “The communication in my class of 80 students is unilateral and more like a monologue by the teachers. Because of paucity of time and pressure to complete the humongous syllabus, teachers are not in position to have debate and discussion in the classrooms. The learning process is not satisfactory at all,” he added.

Amit Verma, another LC 2 student, said that most teachers are working on an ad-hoc basis – another perennial problem that afflicts all of DU. The large numbers of permanently-insecure teachers have also impacted the quality of instruction. 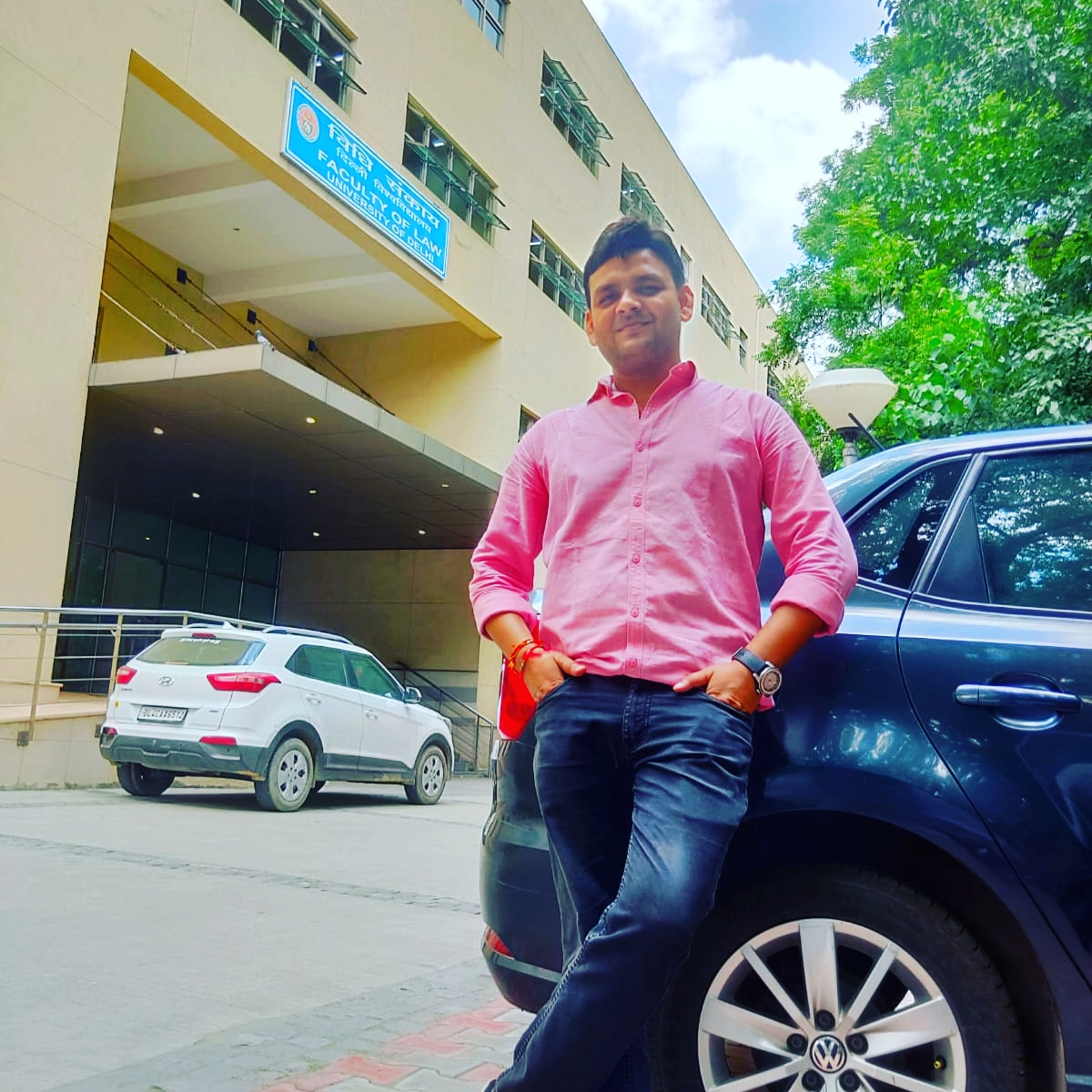 “The law faculty is taking too many admissions. There are few permanent faculties who have experience and are very good. But a lot of teachers are ad-hocs who are just focusing on earning and trying to sharpen their skills,” he said.

A final-year student at LC 2 who wished to remain anonymous, said that she had expected “very good teachers” but was disappointed.

“There are teachers who may have great academic qualifications but don’t have teaching abilities and are just angry all the time. Some teachers just read from books,” she said.

Despite the lack of resources, law faculty continued to admit students in large numbers.

“The intake is so large that we have more than 3,500 students in each of the three centres and hence the dilution. Around 125 teachers are teaching more than 10,000 students combined in all the centres and courses,” said Sirohi. “Administrative and clerical posts remain vacant and teachers’ attention is diverted toward non-teaching activities. This certainly impacts the academic process.”

With its systems overwhelmed, there’s neglect of the practical elements, claimed students. They lack exposure to real-life practice of law. They alleged they are not supported in their search for internships and encouraged to stick to classroom teaching.

Verma interned with a senior lawyer in his first semester of LLB, an opportunity he found on his own. “The number of good lawyers emerging from DU is very low. Sometimes, the law faculty administration restricts students from doing internships and going anywhere. It asks students to focus on studies only. The law faculty should focus on all-round development of all students,” he said.

“We are not provided with any internship by college authorities. The big law firms don’t visit here for placements despite being located in the national capital,” added Utkarsh. “None of the great advocates who graduated from this law school bother to come here and so, there is no exposure.”

The DU annual reports show that the law faculty was not able to place most of its students although each centres has its own committee. Between 2016-17 and 2020-21, the number of students placed was far below the hundreds graduating and fluctuated wildly with a maximum of 40 placed in 2018-19 and the minimum – nine – in 2017-18.

However, not all students were disappointed. Gunjan Shehra, final-year LLB student at LC-I said she likes the law course and hopes to be a legal advisor in corporate law firms.

Sudeep Lodh, in final year of LLB at LC 2 intends to join the LLM programme next. “The law faculty has met my expectations as it has provided me with practical exposure for doing litigation and for judicial services. DU’s law faculty provides you litigation-based learning and provides you great connections because of its vibrant diversity,” said Lodh, also a member of Akhil Bharatiya Vidyarthi Parishad’s (ABVP). 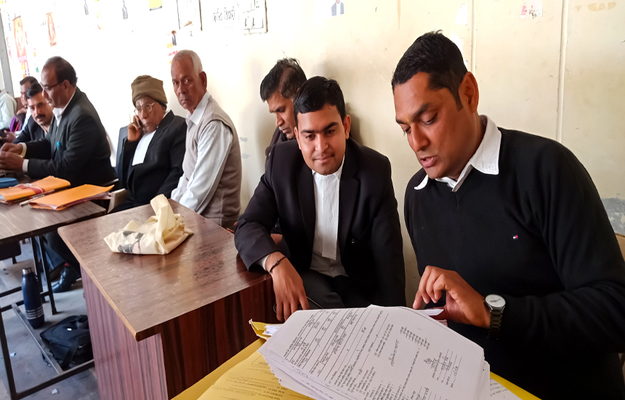 ‘Do not cancel DU OBE exams’: Another set of DU LLB students to BCI

Your Faculty of Law DU brochure has been successfully mailed to your registered email id “”.