The Delhi High court order came while hearing pleas by teachers seeking to regularise or confirm them as permanent employees and to restrain the management from illegally terminating their services. 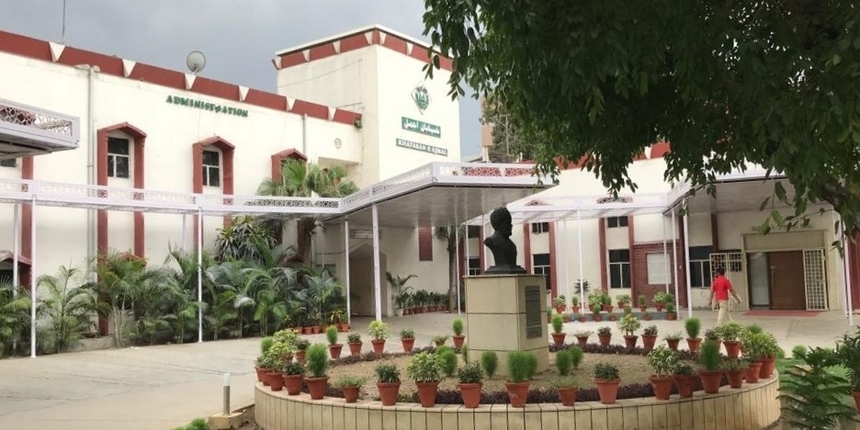 NEW DELHI: The Delhi high Court has directed that services of various contractual teachers working with a school, being run under the aegis of Jamia Millia Islamia (JMI) University, shall not be discontinued till March next year.

The court’s order came while hearing pleas by several teachers seeking to regularise or confirm them as permanent employees and to restrain the management from illegally terminating their services in the interregnum.

Justice Jyoti Singh issued notices and sought responses of JMI and Syed Abid Hussain Senior Secondary School on the petitions and listed the matter for further hearing on March 22 next year. “It is directed that the services of the petitioners (employees) shall not be discontinued by Syed Abid Hussain Senior Secondary School, till the next date of hearing,” the high court said.

In the petitions, teachers said the Directorate of Education, Delhi government, has issued a circular in 2007 to schools in the national capital not to appoint teachers on ad-hoc basis. Advocate M Sufian Siddiqui, representing one of the teachers Lubna Khursheed, said several representations were made by the teachers of the school qua the germane issue of regularisation as well as implementation of other benefits in terms of the recommendations of the Central Sixth Pay Commission, but to no avail.

Khursheed said she has been working with the school as a primary school teacher since 2004 with an unblemished record. The plea said even in September, 2020, the teacher was informed by the school management to search for some other job as the services of all the teachers will be terminated soon.

“Notably, in the present case, even in the case of private unaided schools, teachers have to be paid the same emoluments as that mandated by rules as payable to teachers of equivalent grades in Delhi government schools and those managed by Municipal corporations. And the Supreme Court has settled long ago that teachers are not ‘workmen,” the petition said.

It said that payment of not even the minimum of the scale prescribed by the state for its teachers would constitute violation of Article 14 (equality before law), because then, given the dominant position of the state as the employer, it can, and in fact, has, made the teachers in these cases accept and continue in employment at less than half the salaries prescribed for their regular staff, in the government schools.

Besides regularisation, the teachers have sought the authorities to pay them all the consequential benefits and allowances at par with other teachers working at the same post in any other school of JMI or Kendriya Vidyalaya School or Delhi Government school.

They have also sought direction to the authorities to fix their Grade Pay and grant all the benefits in terms of the recommendations of Seventh Central Pay Commission with effect from the date of their joining the service and to pay the arrears of salary.