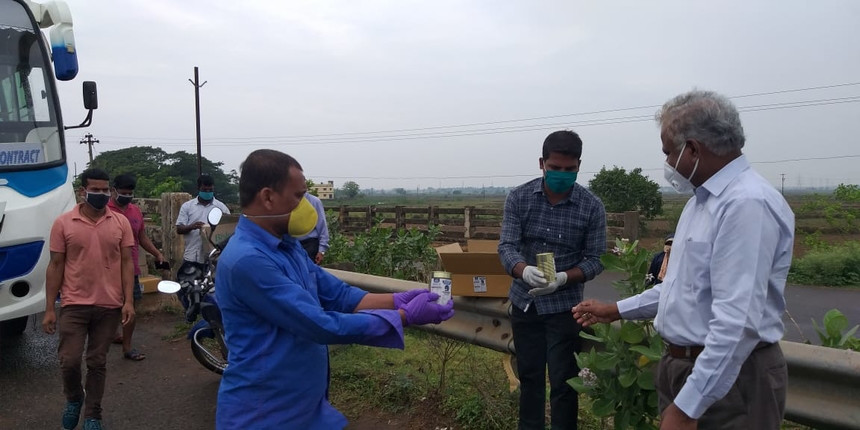 NEW DELHI: Indian Institute of Technology (IIT) Bhubaneswar recently distributed packed food and drinking water bottles among the migrant workers stranded in its campus. The initiative was a part of the labour commission and Unnat Bharat Abhiyan (UBA) of the Ministry of human resource and development.

An official statement of the institute said that IIT Bhubaneswar together with National Buildings Construction Corporation (NBCC) Ltd have been looking after 2,022 migrant workers stranded in its campus since the lockdown was announced.

The statement further read that the labourers were discouraged from walking back home and food and medicine were provided by the institute during their stay. R V Raja Kumar, director of the institute, said, “Some batches have started leaving for their homes after the relaxations were announced by the government. Permissions were obtained and 1800 of them left by buses with full formalities done during the last two weeks before they left the campus.”

“I personally sent lists of them (of the migrant workers) to the Chief Secretaries of their home states informing about their availability there for employment to help in possible immediate re-employment.”

The teachers and the students of the institute also reached out to the family of a deceased labourer with a token of financial assistance amounting to Rs 46,000 mobilized from 92 donors.

They also reached out to the victims of the Cyclone Amphan which hit Odisha and neighbouring West Bengal on May 20, 2020.