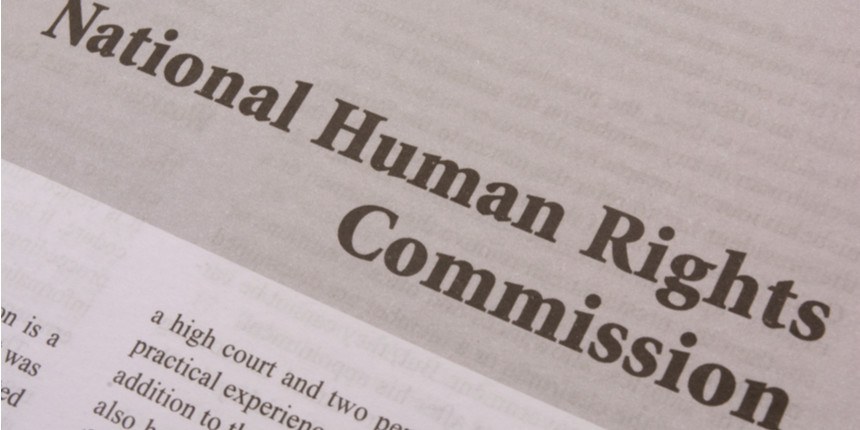 NEW DELHI: Citing "lack" of adequate number of forensic laboratories and manpower to handle those facilities, human rights and crime investigation experts have suggested ramping up such labs and introducing forensic study in MBBS course, officials said on Sunday. At a webinar hosted by the National Human Rights Commission (NHRC), panellists made a slew of suggestions on the subject.

"A few days ago, we held an online seminar on the subject of forensic science, labs and the challenges involved. More than 190 participants attended the webinar, which included top officials from forensic labs in Delhi and Chandigarh. A number of suggestions were made by NHRC members and others," a senior official of the rights panel said.

The participants broadly underlined that the country "lacks adequate number of forensic laboratories and manpower to handle" such facilities, and offered several important suggestions to address the issue, he said. "Increasing the number of forensic labs in proportion to the number of cases to examine to avoid delay in administering justice; introducing forensic study and training in MBBS course; creating post of a district medico-legal expert, were among the key suggestions made by them," the official said.

Other suggestions were filling up all vacant posts in forensic science laboratories, providing them with sufficient infrastructure and funds; bringing in uniformity under an SOP for conducting forensic examination, he added. They also suggested introducing forensic law studies as a separate course curriculum in integrated BSc (Forensic) LLB; and bringing greater professionalism in the photography and videography during the process of post-mortem, the NHRC official said.

Making post-mortem an important activity for medical professionals with proper orientation to the doctors about medico-legal procedures; and improving mortuary setup with proper equipment and environment to facilities conduct of post-mortem, were other suggestions from the participants, he said.

"Given the huge participation in the programme, we had asked some of the representative to send their suggestions later also. We will wait till this weekend perhaps and then collate all the suggestions and soon send it to the government of India, and even do follow-up on it," the official said.

Jaideep Govind, NHRC Secretary-General said, the objective of the webinar was to sensitise all the stakeholders about the functioning of the important fields of forensic science, especially in the context of custodial deaths cases, encounter deaths cases and investigation of cases involving serious human rights violations. "The Commission deals with a number of cases related to deaths in police and judicial custody as well as encounters. The forensic report is one of the important reports, among others, to decide the case of human rights violation," he said during the webinar.

Punya Salila Srivastava, Joint Secretary in the Ministry of Home Affairs spoke on the large number of funds given to states and central forensic labs for building capacities. She also spoke about how the forensic infrastructure is being built up under police modernisation scheme and the Nirbhaya fund. More than Rs 200 crore has been sanctioned in the last two years for forensic science, she was quoted as saying by the NHRC official.

NHRC Member, justice P C Pant there was also a need to create awareness among media and the general public about "not disclosing sensitive information and techniques" that can hinder the process of investigation and trial. Justice Pant said the NHRC has also been raising the issue of "increased pendency in forensic labs due to which cases pile up in trial courts and undertrial prisoners languish in jails".

"Growing dependence on forensic evidences and the dynamic nature of change in crime patterns with the surge of cyber-crime, necessitates filling up of vacant posts urgently in forensic laboratories to clear large pendency, budgetary support training," he said. NHRC Member, Jyotika Karla, said in order to ensure safety of women, it will be necessary to strengthen gathering of digital forensic evidence. She said that sexual assault kits need to be made available to all the forensic labs to facilities forensic examination of such cases.