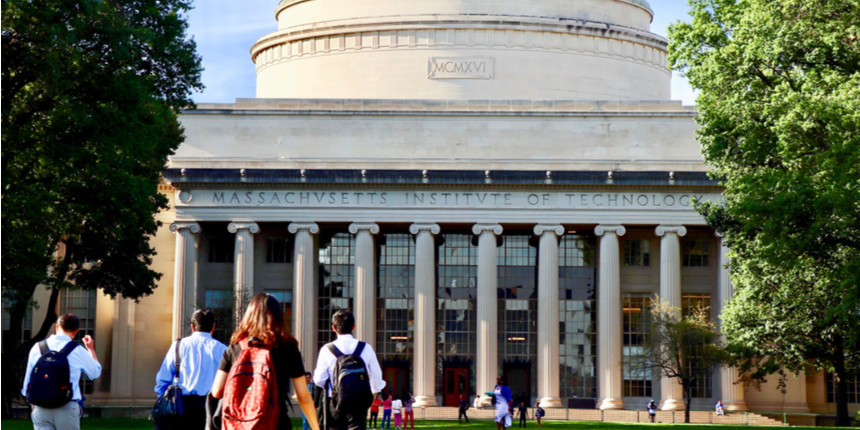 NEW DELHI/PUNE: Pune boy Chirag Falor, who has topped this year's JEE Advanced, will skip studying at any IITs in the country as he has already secured admission in the United States' Massachusetts Institute of Technology (MIT).

Falor, who bagged the top rank in the Joint Entrance Exam (JEE) Advanced, had also scored 100 percentile in the JEE-Mains. He secured admission in MIT in March but was pursuing studies online from here due to the COVID-19 outbreak and the subsequent lockdown.

Falor said he had prepared for the JEE for four years as it is just one exam but with a vast syllabus, while MIT evaluates a candidate on personality and potential and checks how much one can leverage from opportunities.

"I have secured admission in MIT and I will go ahead with it. The classes have already begun and I am attending them online. I had prepared for four years for these exams so I didn't want to skip appearing for the exam," Falor told PTI over the phone from Pune.

Falor has scored 352 out of 396 marks in the JEE Advanced. "The JEE was tougher than the exam at MIT. The exam has given me different confidence altogether," he said.

"I used to attend MIT classes online during the night and then prepare for IIT exams in the day," he added. Falor, who studied in Pragati Public School in Delhi and in St Arnold Central School here till class 10, said he had planned to go back to the US in January next year.

The JEE Advanced results were announced by the Indian Institute of Technology (IIT) Delhi on Monday. Falor had received a gold medal at the 13th International Olympiad on Astronomy and Astrophysics (IOAA) held in Hungary in 2019.

He also bagged the first rank at American Mathematics 2019. He won accolades at Homi Bhabha Balvaidnyanik competition. He was also awarded the Bal Shakti Puraskar 2020 by President Ram Nath Kovind and was praised by Prime Minister Narendra Modi at the time.

JEE Advanced was conducted on September 27 amid strict precautions in view of the COVID-19 pandemic. In total, 1.6 lakh students had registered for the exam and 1.5 lakh appeared for it. Over 43,000 candidates, including 6,707 girls, have cleared the exam.

The Joint Entrance Exam (JEE) Main for admission to engineering colleges was conducted from September 1 to 6. Staggered entry and exit of candidates, use of hand sanitisers at gates, distribution of masks and social distancing as candidates queued up, were followed at examinations centres across the country.