JEE, NEET to be conducted by National Testing Agency from 2019 onwards 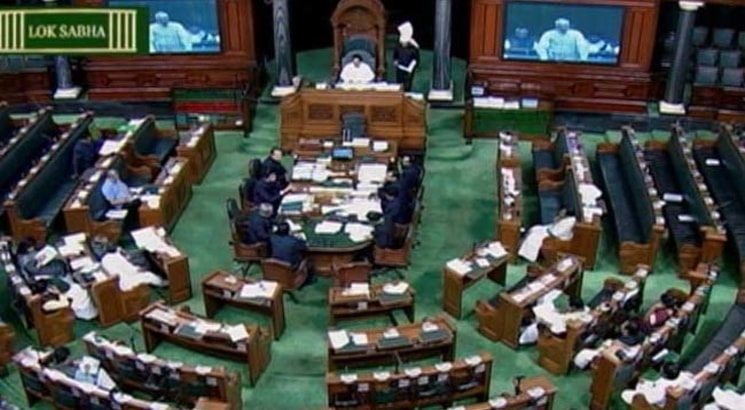 “NTA would conduct first set of examinations from the year 2019 onwards”, the Minister of Human Resource Development said in a written response to starred question 433 raised by Mumbai North-West MP Gajanan Kirtikar and Malkajgiri MP Ch. Malla Reddy. The exact question asked was “whether the Government also plans to conduct NEET and Joint Entrance Examination (JEE) twice a year to give an opportunity to the students to bring out their best performance”. The details regarding the same were also requested for.

Exams to be conducted twice

In response to the details sought by the Members of Parliament, the minister confirmed that the exams will be conducted twice and the mode of the exams will remain online. To avoid any glitches during the exams, Standard Operating Procedures (SOPs) will be compiled by the responsible body, as per the Minister.

Quoting the press release first released by the Government of India with regard to the formation of the NTA in November 2017, the Minister reiterated that the Government has decided to set up a “National Testing Agency (NTA) as a Society registered under the Indian Societies Registration Act, 1860, as an autonomous and self-sustained premier testing organization to conduct all entrance examinations for higher education institutions in the country.” 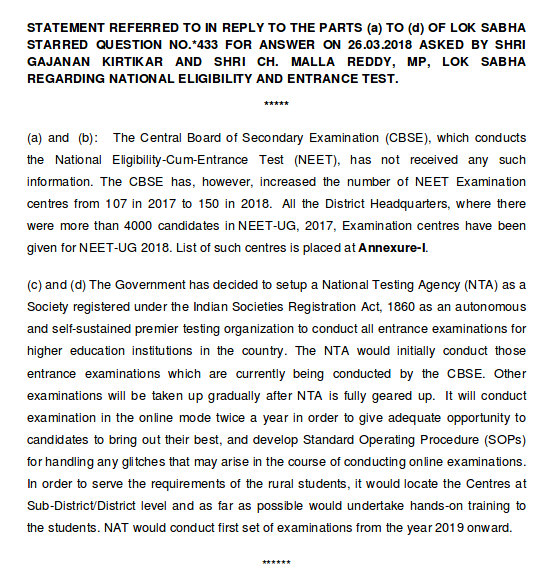 Javadekar confirmed that the NTA will be only conducting those exams which are currently being organised by CBSE. Other entrance exams will be taken up by NTA gradually. This move will relieve CBSE as it is not only responsible for conducting Class 10 and Class 12 board exams but also some of the prominent exams of the country like Joint Engineering Entrance (JEE), NEET, National Eligibility Test (for lectureship, held twice a year), Central Teacher Eligibility Test (CTET, held twice a year) among others.Other questions raised by the MPs in their submission included whether the Government was aware that the shortage of NEET exam centres is causing problems for students and whether any steps were being taken to increase the same.

Javadekar replied that the shortage of NEET exam centres was acknowledged by the authorities concerned and in response to this the centres have been increased from 107 to 150 in the year 2018. In addition, NEET 2018 will be conducted in all the districts of the country where there are more than 4,000 students taking the single window entrance exam. The minister also stated that from next year, NTA will be responsible to locate the centres at the sub-district and district level keeping in mind the feasibility of students coming from rural areas.