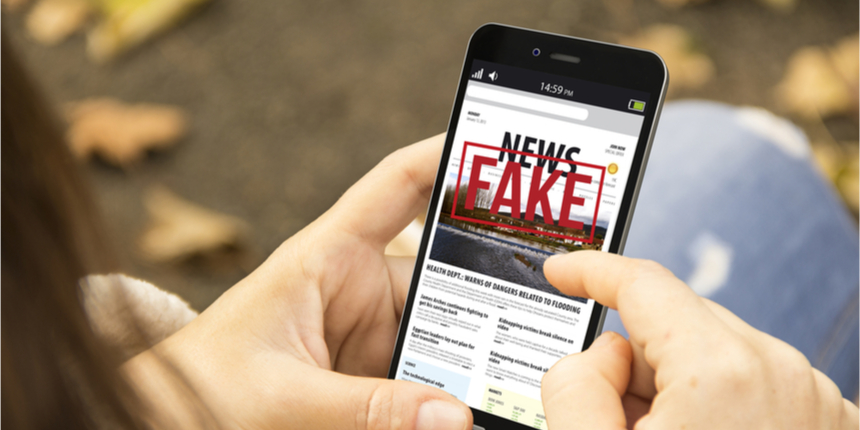 NEW DELHI: The Medical Counseling Committee (MCC) has released a notice regarding the fake Allotment letter of NEET UG counseling purportedly issued, which is being circulated on social media. Authorities have clearly mentioned in the notice that no such letter has been issued. So, aspirants are advised not to rely on such fake letters and also not to forward or share fake information with any other groups.

Aspirants must note that they are allotted seats only on the basis of merit and choices filled by them through MCC software, which can be downloaded only by the successful candidates from the MCC website, mcc.nic.in. Also, MCC does not allot seats for NEET admission on a nomination basis. Authorities in its official notice made sure that necessary action will be taken against any person indulging in such malicious activities and students are also advised to lodge a complaint in Cyber Crime Cell or an FIR in case they receive such letters and bring the matter to notice of concerned authorities.

Official notice regarding the fake allotment

Aspirants can go through the fake allotment letter that being circulated on social media for NEET 2020 counselling from below. 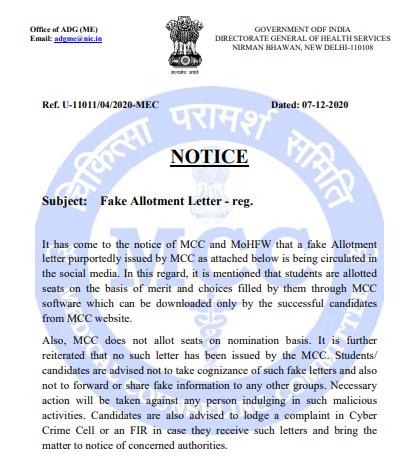 After the announcement of the NEET result, candidates have to provide an option to accept or refuse the allotted seat. On the basis of NEET seat allocation, admission will be granted to 15% All India Quota, deemed universities, central universities (DU NEET, AMU NEET, BHU NEET), ESIC, AIIMS and JIPMER MBBS seats. Aspirants who will be allotted a seat can check the process of NEET seat allotment 2020 below.