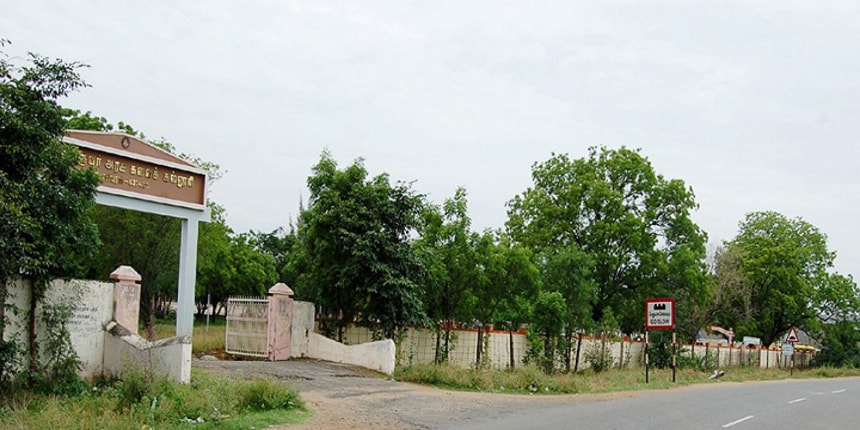 The university will be set up by bifurcating the state-run Thiruvalluvar varsity Press Trust of India | Sep 16, 2020 - 5:23 p.m. IST
Share Via

CHENNAI: A new university will be set up at Villupuram by bifurcating the state-run Vellore based Thiruvalluvar varsity, Chief Minister K Palaniswami announced in the Assembly on Wednesday.

The new university would start functioning from the current academic year, he said, adding the move follows Villupuram people's long time request in addition to the plea of Law Minister C Ve Shanmugam who hails from the region.

Late Chief Minister J Jayalalithaa gave importance to higher education and established a slew of colleges including arts, polytechnic and engineering, he recalled.

Continuing in her footsteps, the government carried on with the initiative to set up new institutions besides upgrading the infrastructure of existing facilities.

In view of such initiatives, the Gross Enrolment Ratio in Tamil Nadu stood at 49 per cent, while the national average was 26.3 per cent, he noted.

Replying to DMK deputy leader Duraimurugan on splitting the Thiruvallur varsity, Palaniswami said Villupuram was backward and the move was aimed at facilitating higher education of students from that region.

The administration would be more efficient only if universities were restructured in keeping with the establishment of more and more affiliating colleges, he said.

In Tamil Nadu, there are at least 20 state-run universities including separate ones for medicine, law, sports, fisheries and music.