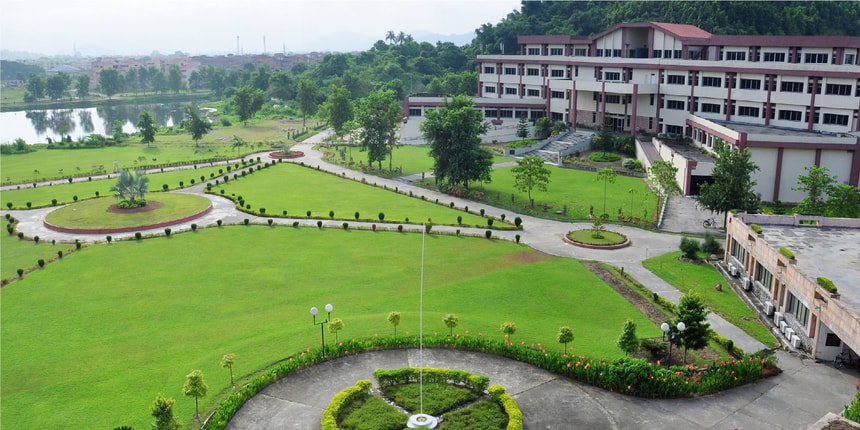 NEW DELHI: Researchers in Indian Institute of Technology-Guwahati, or IIT Guwahati, have discovered ways that can prevent or reduce short term memory loss which is associated with Alzheimer’s disease.

The root cause of Alzheimer’s disease is the accumulation of amyloid-beta peptides (neurotoxic molecules) in the brain, leading to memory loss.

A team of four members studied the neurochemical principles of Alzheimer’s disease to explore new ways. They were looking at preventing the accumulation of neurotoxic molecules in the brain.

The team was led by Vibin Ramakrishnan, professor in the department of biosciences and bioengineering and Harshal Nemade, professor, department of electronics and electrical engineering, and included research scholars, Gaurav Pandey and Jahnu Saikia.

The researchers explored application of the low-voltage electric field. They also used ‘trojan peptides’ to arrest aggregation of neurotoxic molecules in the brain.

They found that the external electric and magnetic field modulates the structure of these peptide molecules, thereby preventing aggregation.

“Upon exposure to the electric field, we could retard the degeneration of nerve cells to the extent of 17 – 35 percent. Objectively, this would translate to about ten years delay in the onset of the disease”, said Ramakrishnan.

There is no cure absolute cure for the disease as yet.

“Approximately hundred potential drugs for the treatment of Alzheimer’s disease have failed between 1998 and 2011, which shows the gravity of the problem,” added Ramakrishnan.

If this way is adopted, it might delay the onset of Alzheimer’s disease.

“However, it would take testing in animal models and clinical trials before bringing in such new therapeutic approaches into human treatment,” said Ramakrishnan and Nemade.

The results of their studies have been published in journals such as ACS Chemical Neuroscience, RSC Advances of Royal Society of Chemistry, BBA and Neuropeptides.

India has the third-highest number of Alzheimer’s patients in the world, after China and the US, with more than four million people falling prey to the memory loss associated with it.

IIT Goa gets its own campus