Odisha School and Mass Education Minister S R Dash said that exclusion of Odia language from the Teachers Training Course by the Jharkhand government has created an "atmosphere of dissent". 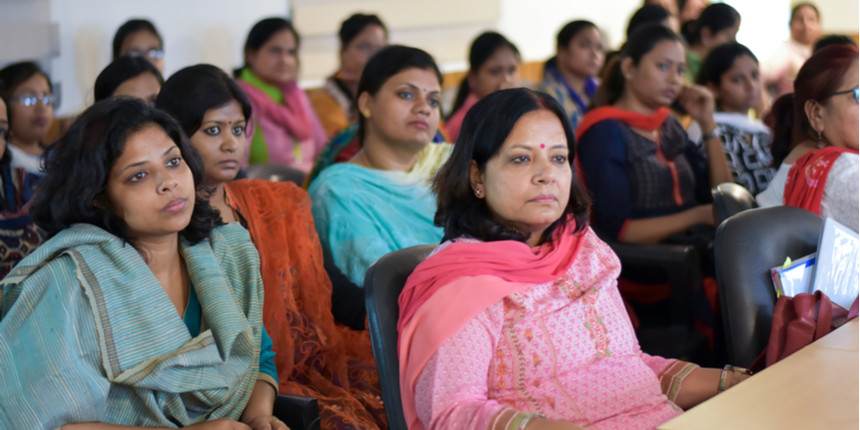 BHUBANESWAR: The three major political parties in Odisha - Biju Janata Dal, BJP and Congress - have requested Jharkhand government not to exclude Odia language from the curriculum of Teachers Training course meaning for primary teachers in the neighbouring state.

The three parties said the recent decision of the Jharkhand government excluding Odia language from the curriculum of Teachers Training Course and non recruitment of fresh teachers in Odia medium schools, has created an atmosphere of dissent across Odisha.

Odisha's School and Mass Education Minister S R Dash in a letter to his Jharkhand counterpart Jagarnath Mahato said that exclusion of Odia language from the Teachers Training Course by the Jharkhand government has created an "atmosphere of dissent, distrust and discomfort fanning controversies among the Odia speaking people in Jharkhand and border districts."

The senior BJD leader on Friday urged Mahato not to exclude Odia language from the curriculum of Teachers Training Course meant for primary teachers in the neighbouring state. Dash said that an advertisement published by Jharkhand Academic Council on September 20 for primary teachers training has created doubt in the mind of Odia speaking people in the state.

In the advertisement Odia language has been excluded from the 7th paper while languages like Sanskrit, Bengali, Urdu, Ho, Mundari, Sanathali and Kudmali have been included, Dash said.

Union Education Minister Dharmendra Pradhan, who hails from Odisha, wrote to the chief ministers of Andhra Pradesh and Jharkhand on Friday seeking their intervention into the non-supply of Odia textbooks to Odia students and appointment of Hindi-speaking teachers in Odia medium schools in bordering villages.

Pradhan stressed upon the need of "securing" Odia language education for its Odia speaking population in his letters to AP CM YS Jagan Mohan Reddy and Jharkhand CM Hemant Soren. In his letter to Soren, the Union Education minister stated that around 20 lakh Odia-speaking people live in Jharkhand today and that during the formation of the state it was ensured that Jharkhand shall recognise Odia-speaking people as linguistic minorities.

Pradhan also highlighted five major issues being faced by the Odia students in the bordering villages of Jharkhand, including appointment of Hindi-speaking teachers in Odia medium schools. In his letter, Pradhan noted that Odia medium schools were being merged with the Hindi medium schools in the regions with substantial groups of Odia-speaking communities.

Former Jharkhand Governor Droupadi Murmu, who also hails from Odisha’s Mayurbhanj district, condemned the act of excluding Odia language from the curriculum of Teachers Training Course meant for primary school teachers. “I condemn this act. The Jharkhand government should immediately restore Odia language in the curriculum,” Murmu said on Friday.

Odisha Pradesh Congress Committee (OPCC) president Niranjan Patnaik said on Friday that he called up Jharkhand Congress Legislature Party leader Alamgir Alam and apprised him of the growing resentment in the state over negligence of Odia language in the neighbouring state. Patnaik also mentioned that the cordial relationship between Odisha and Jharkhand should be maintained and not affected by the language issue.