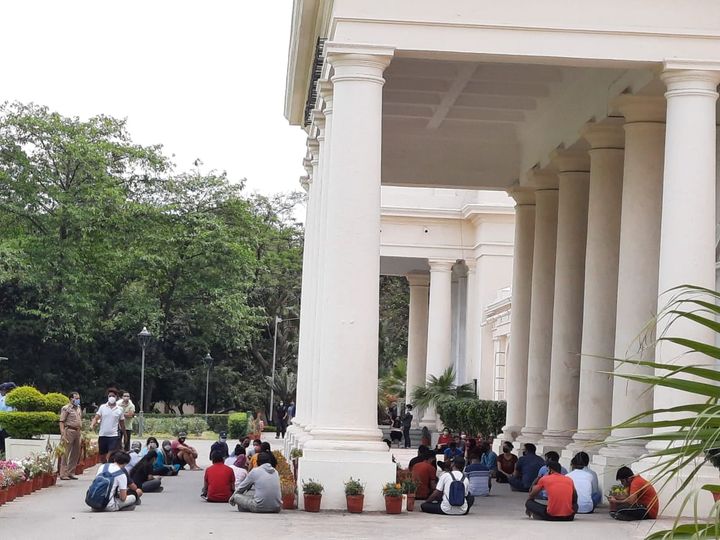 NEW DELHI: Amid the rising number of coronavirus cases on campus, several higher educational institutions have ordered students to vacate their hostel rooms. Students, especially PhD candidates at the Indian Institute Technology (IIT) Roorkee and IIT Banaras Hindu University have expressed their discontent with the administration’s “advice” to leave the campus.

On Wednesday, PhD students of Indian Institute Technology Roorkee staged a sit-in protest against the administrative order to vacate the non-containment hostels by April 21 evening, their student publication reported. A total of 101 active cases were recorded on IIT Roorkee campus on April 15. The students, however, requested to be allowed to continue staying to complete their research.

Meanwhile, students of IIT BHU have also condemned the “forceful eviction” of PhD students at the last stage of their thesis. A doctoral student of IIT Kanpur is also miffed with the authorities for closing down the hostel for PhD students amid the rising number of COVID-19 cases.

Dear CM @myogiadityanath and PM @narendramodi @PMOIndia @DrRPNishank . I am a research scholar at IIT Kanpur. We are forced to vacate our hostels and to go home at the times when 3 lac cases are being detected per day. There are better solutions then sending us back to home.

If asked to leave, students have argued that they will not be able to submit their thesis on time. High price of tickets and travelling amid a raging pandemic are some of the other concerns put forward by the students. After the first wave of coronavirus had subsided, several IITs and other universities had allowed PhD students to rejoin campus in September.

Apparently, all students before joining the hostel were required to sign an undertaking. As per the undertaking, the students agree to the fact that they are not being coerced to return to the hostel and they take full responsibility for their actions. The undertaking further adds that students will comply with any measure and guidelines issued by the institute.

The official student media body of the IIT Roorkee in Facebook post on Thursday said that the students are “demanding that they be allowed to stay on campus for as long as possible since their research requires them to utilize resources that are available only on campus.”

The institute also made arrangements for buses and cabs to nearby states like Delhi, Rajasthan and Dehradun. Residents were asked to fill a Google Form to use these services, the post further added.

“Almost the entire campus is empty except for the quarantine facilities. Students who live nearby have left the campus on bus and cab services provided by the institute. Those who live in far-off places have shifted to hotels,” an IIT Roorkee student told Careers360 under condition of anonymity.

Earlier, the institute also reported a mass confusion on mixing up of RT PCR test results due to the ongoing Kumbh Mela. The number of tests in and around IIT Roorkee campus had increased due to the religious gathering.

A statement by a Students For Change (SFC), a student group at IIT-BHU called out the administration for allowing teachers to stay on campus while students who need access to libraries and labs are being asked to leave.

“A majority of students are in the final year of their PhD and this time is critical for them. The administration has threatened to shut down the electricity, water and wifi in the hostel. They have already closed the hostel mess,” the SFC statement said.

BHU had suspended offline classes and called for early Holi holidays in March as COVID-19 cases continued to increase in university premises. According to the SFC, only some batches of PhD and M Tech students stayed back to access the lab for research work.

Demanding permission to stay in hostels, SFC wrote: “IITs can easily operate their messes in a covid-safe manner. Instead of evicting the students, the administration should take responsibility for the health and well-being of its vulnerable students. In the case of the students remaining in the hostel, the hostel is safer and more productive than their homes.”

The students have further demanded that the institute resume the hostel mess and issue strict guidelines that can help in smooth and safe functioning of the hostel. “ We should remember that it is the responsibility of the institute to ensure that students have access to adequate studying conditions in a time of crisis like this,” the statement added.

IIT Kanpur, on Sunday, denied evacuating students from the hostel. The institute in an official statment clarified that "reports of a student being forced to leave IIT Kanpur is totally incorrect." It further said that all measures are being taken to ensure the safety and security of the students during the pandemic. "In fact, 80 percent of the students are still functioning from their respective residences and these include the students of the 1st, 2nd, and 3rd-year undergraduate courses and some students in the final year undergraduate courses and masters and doctoral courses as well," the statement said. Around 100 students who tested positive or are symptomatic have been quarantined in single rooms of the two guest houses.

UPDATE: This story has been updated to add IIT Kanpur's official statement. 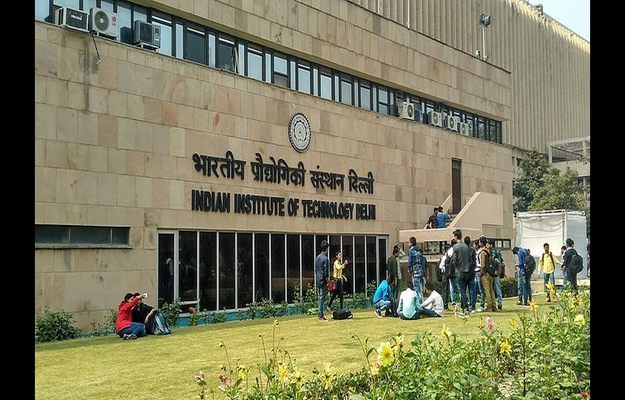