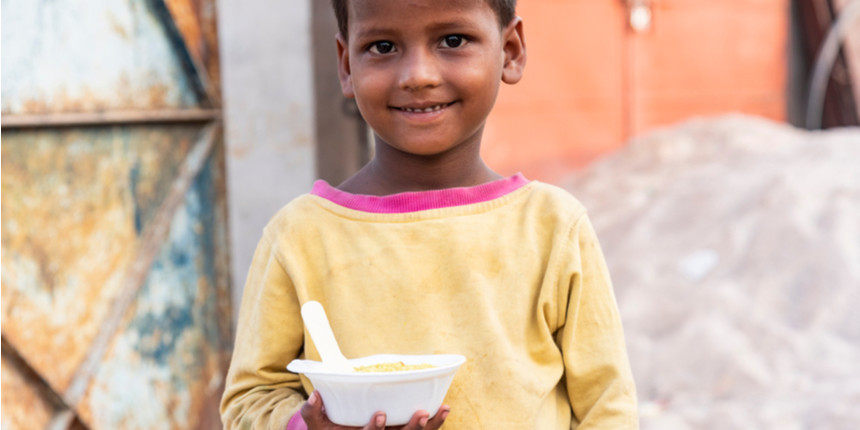 PUDUCHERRY: The Congress-ruled Puducherry on Thursday rolled out a free breakfast scheme for school students named after the late DMK President M Karunanidhi, saying it was a "fitting tribute" to his efforts to ensure States' rights.

Chief Minister V Narayanasamy, often at loggerheads with Lt Governor Kiran Bedi over a number of issues, said the Constitution would never allow the Centre to intervene in the administration of opposition-ruled States through those appointed to the gubernatorial post. Karunanidhi, a former Chief Minister of neighbouring Tamil Nadu, was keenly interested in development of Puducherry and more particularly the downtrodden and marginalised sections, Narayansamy said.

"He had been a champion of the concept of coalition rule at the Centre and autonomous rule at the state level," the chief minister, who presided over the event, said. Senior DMK leader and Rajya Sabha member from Tamil Nadu, RS Bharathi, formally inaugurated the "Dr Kalaignar Mu Karunanidhi Kaalai Sitrundi Thittam" (Dr Kalaignar M Karunanidhi breakfast scheme) that will benefit about 80,000 students in 419 government and aided institutions.

To start with, the scheme would cover about 106 schools since not all of them are open owing to the COVID-19 pandemic. Only students from classes XI-XII are allowed to visit the institutions and that too for clarification and guidance.

Narayansamy said Karunanidhi had even questioned the relevance of Governors for states, adding the territorial government named the free breakfast scheme after the late DMK veteran as a "fitting tribute" to his sustained support for the rights of the States. The people of Puducherry would never forget Karunanidhi's support and cooperation to the union territory for its rights in Cauvery river water sharing and also to address several of its issues, he added.

Hitting out at the Central BJP government, he alleged that those holding reins of the administration at the Centre were indulging in the notion that they could intervene in the administration of opposition-ruled States. "West Bengal, Kerala, Puducherry, Rajasthan and Punjab have witnessed this hidden agenda of the Centre. But the Constitution would never let the plan become a reality", he asserted.

Launching the scheme, Bharathi thanked the Puducherry government for naming it after Karunanidhi. He assured his party's cooperation to States on protecting their rights. Education Minister R Kamalakannan, Welfare Minister M Kandasamy, Revenue Minister M O H F Shah Jahan, Education Secretary A Anbarasu and Director of School Education Rudra Goud were among those who were present.