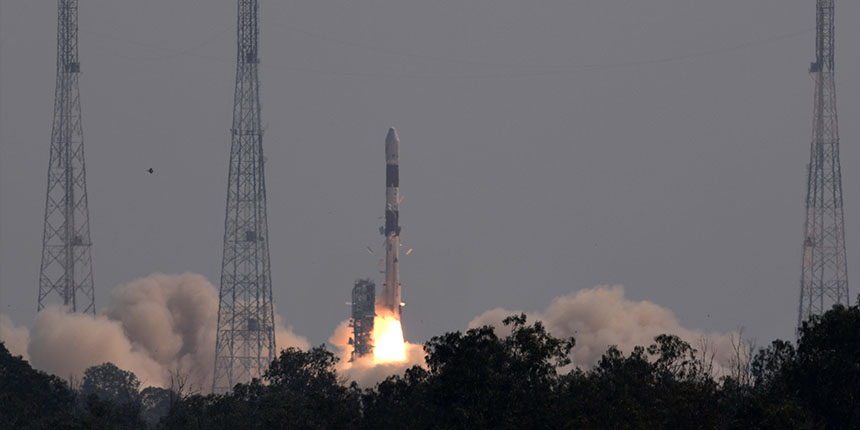 NEW DELHI: Sanketh S. Huddar, 24, a final-year MTech student at Sri Shakti Institute of Engineering and Technology, Coimbatore, juggles between the role of a student and chief operating officer of a student-led start-up located right next to the Indian Space Research Organisation (ISRO) in Bengaluru.

His company is currently working closely with ISRO to realise an ambitious national-level project – the “75 Students’ Satellites Mission” – that will mark 75 years of the Indian Independence this year. Under this mission, a constellation of 75 satellites will be launched in the Low Earth Orbit (LEO) pushing the country forward in an emerging space race.

“I did not know enough about the field but our teacher groomed us and gave us exposure to this field. I was obviously inclined toward software programming like any other computer science student but when I came to know that Class 8 to 10 students in Israel are building satellites, I was hooked to astronomy. It was as if sending satellites on a rocket was not rocket science anymore,” said Huddar laughing.

More than 100 educational institutions across India have joined hands with the Indian Technology Congress Association (ITCA) Consortium, a technology promotion body based in Bengaluru. It aims to steer university students to not only build but also deploy 75 satellites into orbital space. These satellites will be launched in conjunction with national and international space-tech organisations.

While the college students come up with ideas that are funded by their respective educational institutes, ISRO is training them to develop these ideas in Bengaluru. These satellites are expected to be launched in phases between August 15 and December 31, 2022.

“The mission’s purpose is to educate students on how to design, develop, manufacture, integrate, test, launch, and monitor “SmallSats” – light-weight satellites – through hands-on learning. This experience-based learning would build a culture of innovation in the country in alignment with the new education policy. It is obvious that these new space skills would be of significant value to the students and would also enhance the education and research levels of the institution,” K Gopalakrishnan, project director of the mission, told Careers360.

Prime minister Narendra Modi spoke about the space mission in his speech at the United Nations General Assembly (UNGA) in 2021. Soon after its announcement, the ITCA received applications from more than 169 colleges and universities. Out of these, around 100 were shortlisted based on the financial resources available and their preparedness. These institutions are currently in various stages of building their satellites and ground stations.

Unlike others in his information technology (IT) engineering class, Atharva Peshkar, a BTech final-year student, has found his calling in building satellites and reducing the cost of future space missions. He, along with 12 other BTech students of GH Raisoni College of Engineering, Pune, made it possible through their satellite, the GHRCEsat, launched in February last year. The satellite building exercise was made successful by the multidisciplinary approach, said Peshkar. 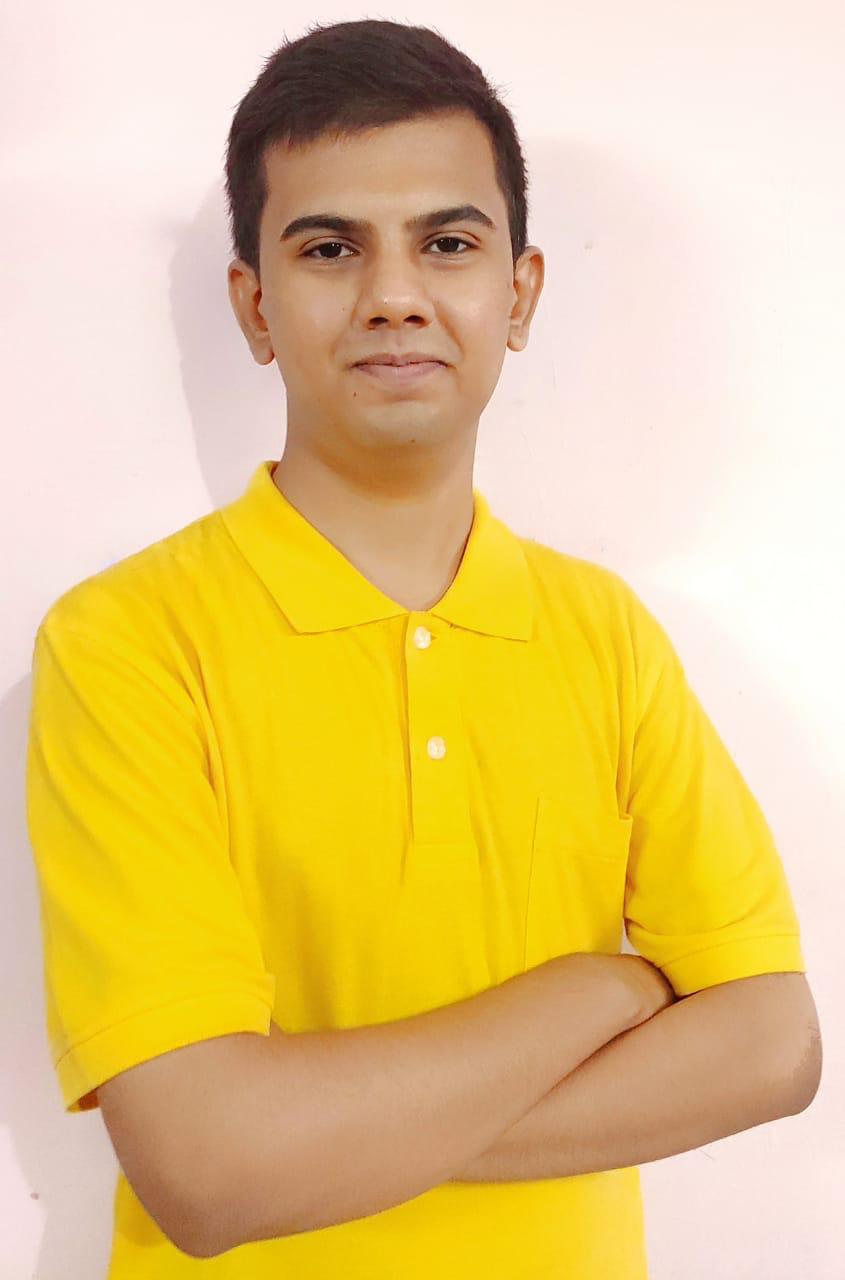 “Our team of 12 students was selected in 2020 after which students from different branches of engineering were selected to work on the different aspects of the satellite. Some worked on the model, some on developing software, others on electronic systems. I am involved in the software part. I have to track live data and its visualisation for further analysis,” he said.

A laborious process, satellites are built keeping in mind “space-certified material and dimensions”. “The satellite is firstly designed on three-dimensional modelling software. The satellite dimension is very critical because it must fit the launcher; any loose screw or component can damage the launch vehicle and lead to millions in losses. Once that design is finalised by several authorities, it is then time to develop a prototype of that 3D model which again goes through several stages of scrutiny. In the last stage, the final satellite is built which is again tested on several parameters. A loose screw can pass through the structure like a bullet at that speed. After these mechanical checks are done, the electronic systems are checked for proper functioning,” Peshkar explained.

The initial research and conceptualisation of a satellite is carried out at the college campus. Once approved, the students are mentored by an ISRO scientist at the satellite centre.

“Every design must be approved by the ISRO. Only the preliminary work was done on our campus. Later, the design, manufacturing and launch were conducted at ISRO. Each design is tested in an environment that mimics space conditions and that is available only at ISRO,” said Prakash Subbaiyan, teacher and satellite project coordinator at Sri Shakti Institute of Engineering Technology, another college that launched a satellite last year.

The satellite Peshkar worked on is one of three that constituted the UNITYsat, was launched as a precursor to the 75-satellite mission. The satellite was launched in ISRO’s launch vehicle PSLV C51 Amazonia 1 from Satish Dhawan Space Center, Sriharikota.

The combination of three was designed and built as a joint development by Jeppiaar Institute of Technology, Chennai (JITsat), GH Raisoni College of Engineering, Nagpur (GHRCEsat) and Sri Shakti Institute of Engineering and Technology, Coimbatore (Sri Shakthi Sat). The ground stations located at the university campuses in Chennai, Nagpur and Coimbatore form a network monitoring the UNITYsat in orbit and collecting data round
the clock.

Building on the foundation of UNITYsat and learning from it, ITCA-TSC arrived at the updated design, validated by the Standing Review Committee (SRC) of ISRO Satellite Centre for the 75 Students’ Satellites Mission 2022.

“The primary mission is to demonstrate inter-satellite communication in Low Earth Orbit (LEO) along with Internet of Things (IoT) in space and constellation of 75 Satellites built by Indian students,” said Gopalakrishnan. Once placed in orbit by the PSLV rocket, each satellite will cruise on earth’s orbit for up to a year and send crucial data to the ground stations,”
said Gopalakrishnan.

While the satellites themselves last about a year in space, the ground stations become permanent assets for each institution. They can be used to teach satellite communication as a regular course and for future missions. Chandigarh University, IIT Kanpur, IIT Bombay will launch satellites designed to promote the Internet of Things (IoT) in space.

Moreover, students will receive a six-month satellite course for interested core teams free of cost by TSC Technologies. The course can also be offered as a separate postgraduate diploma or as credits transferred towards honours degree by autonomous colleges or universities. ISRO has also made arrangements for internships at various space industries and ISRO-approved facilities.

“While the management of the entire mission is taken care of by the ISRO, we focus mainly on students. We provide training, hands-on experience for six months to make satellites to the students who are part of the mission. Apart from the registration with national and international space organisations, including designing to launch operations we help the students,” said Huddar.

While the UNITYsat was designed to stay on LEO for only six months, after 15 months of its launch, the combo is still going strong. The data is regularly recorded for various purposes. The one in Sri Shakti Institute of Engineering and Technology, Coimbatore has been transmitting data required to detect underground fluid leakages.

“The satellite comes over India once in a day. It is a nano-satellite weighing only 450 grams. It has the capacity to communicate with other satellites. We have embedded IoT applications. This application mainly detects under-the-earth leakage of oil, water or any other liquid. Usually, any leakage below 10 feet under the earth can be detected only after four months. With this satellite, we can detect leakage 400 km under the surface in real time. It will also give a 90 percent accurate latitudinal and longitudinal location of the area where leakage is detected. But finding the location itself is excellent,” said Subbaiyan.

The institute’s management spent Rs. 2.5 crore to design, develop and finally launch the satellite. It also collaborated with the Serbia-based Community for Space Programme Development (CSPD). A group of 18 MTech and ME students from computer science, electronics and mechanical engineering branches were involved. The team also included 14 teachers. The team is now exploring new applications that can help farmers.

“We want to use the same satellite for agricultural purposes. Several farmers will benefit from the information of underground water availability and many other things. We can also give them information on what to sow where and at what particular time of the year. This largely depends on the soil moisture and rainfall in different areas. By processing this data, we will be able to help farmers increase their yields. Around three to four undergraduate students are in the initial stages of building the satellite and we plan to launch it in 2023,” Subbaiyan explained.

Meanwhile, at GH Raisoni College of Engineering, the students are exploring ways to reduce the cost of space missions. The college is starting a mentorship programme – the core-team members will help another set of students continue the project.

“The material used on satellites are really expensive and space-certified. We were trying to understand if normal components on satellites will it work in space conditions. Our satellites are still active with normal components. With this we have brought down the cost of future missions as well. The mentorship programme is taking this project further. We are currently recruiting junior students in our college,” Peshkar said, adding “I was thrilled to be a part of it. It is rare for an undergraduate student to find a place in a satellite building programme.” 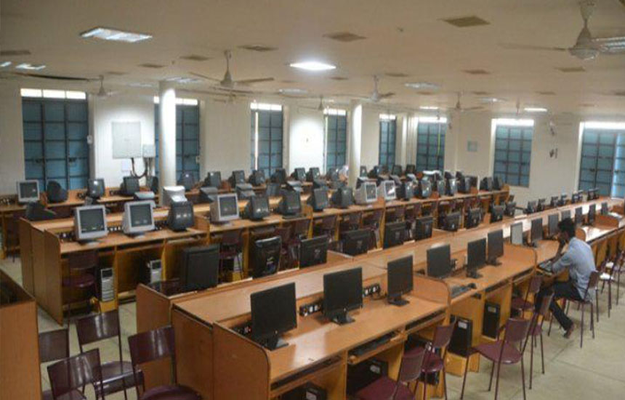