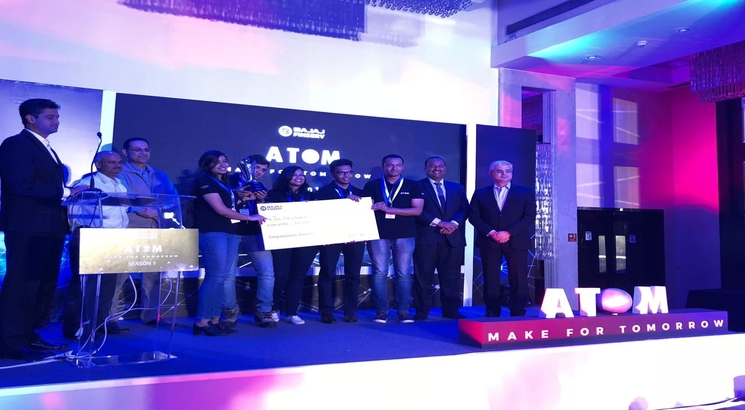 The contest witnessed enthusiastic participation from the top 16 Indian B-schools with over 4,600 registrations and 565 teams across these campuses. It was launched in August this year to engage bright young minds in building new-age solutions for futuristic Fintech scenarios. Five top teams fought it out at the grand finale. Winning the fiercely contested competition team Arbitrageurs from TAPMI walked away with top honors and a reward of Rs. 5 Lakh and team Rocket from IIM-Ahmedabad were the runners-up and received a cash prize of Rs. 3 lakh.

In this year’s gamified competition, the participants were given five futuristic problems revolving around- investments, lending and insurance to build ideas and solutions to prepare for solving an unforeseen problem or leverage a possible opportunity. The competition was run on multiple stages, with teams fighting it out at campus, regional and national levels to reach the finale. The top five teams made presentations to the top leadership of Bajaj Finserv.

Congratulating to all the teams who made it to finale Sanjiv Bajaj, MD, Bajaj Finserv Ltd. said, “ATOM is a step towards encouraging innovation-centric culture. We believe that innovation only comes through disruptive thinking and through ATOM we are encouraging the next generation to challenge the status quo, take on big ideas and convert them into executable actions. Our vision is to further develop ATOM into an incubator for talent, projects and partners; going beyond the program’s original twin goal of communications.”

ATOM is an un-case study program that was launched across the top management institutes in India including the IIM’s (at Ahmedabad, Bangalore, Calcutta, Indore, Kozhikode, and Lucknow), FMS, ISB, IMT, JBIMS, MDI, NMIMS, TAPMI, SP Jain, XLRI and SIBM.