The NCTE has issued a letter to states/UTs for the extension validity period for TET certificate. 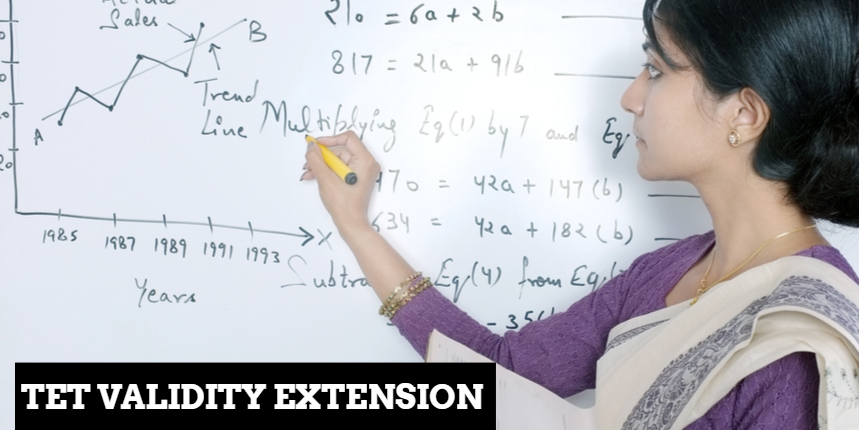 NEW DELHI: The National Council for Teacher Education (NCTE) has issued a notice regarding the lifetime validity of Teacher Eligibility Test (TET) certificate. As per the notice that has been passed to all the secretaries/commissioners of education of state governments/UTs, NCTE has asked all the states/UTs to extend the validity of the TET certificate for the lifetime. Earlier, the validity of the TET certificate was seven years. This decision will benefit those who passed the TET after February 11, 2011.

The decision was taken in the 50th general body meeting of the National Council for Teacher Education. NCTE also stated that the concerned authorities must take necessary action to revalidate or issue a fresh TET certificate to those students whose seven years have elapsed.

‘Earlier, on June 3, 2021, the Education Minister, Ramesh Pokhriyal 'Nishank', tweeted regarding the extension of validity for TET certificates. Last year, the validity of the CTET certificate was extended till lifetime by the National Council for Teacher Education. The government now decided to impose the same for the state teacher eligibility test too. 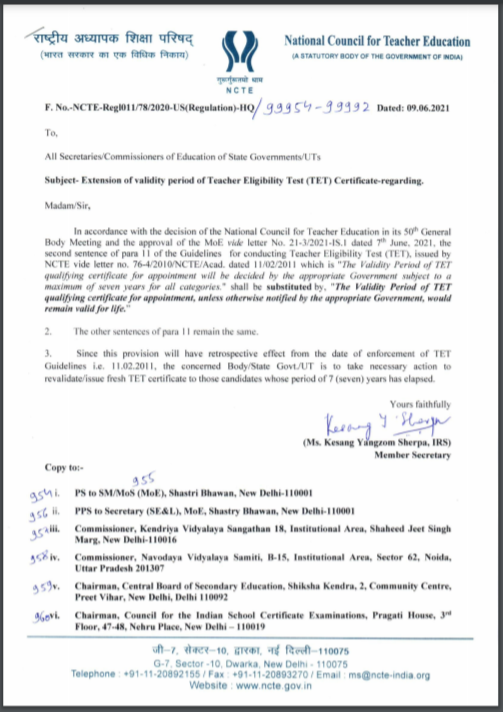 What are the benefits of the extension in the TET certificate validity?

The extension in the TET certificate validity is beneficial for both the students and exam conducting authorities. Now, candidates who get qualified in the TET exams can apply whenever they want. Earlier, there was a seven years limit and they had to appear again after seven-year if they wanted to apply for the post of teachers.

Due to the extension in TET certificate validity, only fresh candidates will apply every year. Everyone will get a fair chance to apply as there will be no repetition of candidates.