We will continue to strive to excel in all spheres, says IIT Madras Director upon sweeping NIRF Ranking 2019 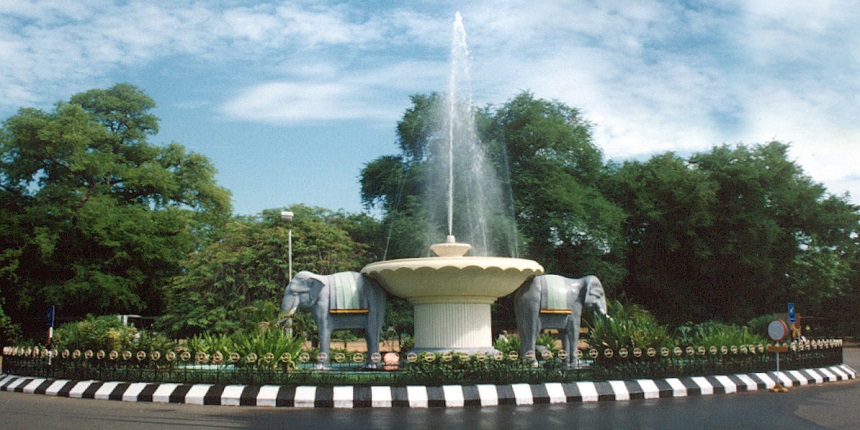 IIT Madras has been ranked as the ‘Best Educational Institution’ in the Country in the latest edition of National Institutional Rankings Framework (NIRF) 2019, which was released by the Ministry of Human Resource Development (MHRD), Government of India.

In overall category, IIT Madras was ranked No: 1 this year, bettering last year’s position of no: 2. For the fourth consecutive year, the Institute was declared as the No.1 Institution in the country in Engineering Institutions category in the same Rankings.

Speaking about these remarkable achievements, Prof Bhaskar Ramamurthi, Director, IIT Madras, said, “We are delighted that our efforts to constantly improve our course programmes, research, and industry collaboration, as well the creation of a world-class innovation ecosystem in India’s first-of-its-kind Research Park at IIT Madras, are being recognized. We will continue to strive to excel in all these spheres.”

IIT Madras also emerged as the ‘Top innovative Institution’ in the country in the maiden edition of the Atal Ranking of Institutions on Innovation Achievements (ARIIA), launched by the Innovation Cell of MHRD in 2018, bagging the Rank no: 1 in Government Institutions category.

ARIIA endeavours to systematically rank education institutions and universities primarily on innovation related indicators. It aims to inspire Indian institutions to reorient their mind-set and build ecosystems to encourage high quality research, innovation and entrepreneurship. More than quantity, ARIIA focuses on quality of innovations and endeavours to measure the real impact created by these innovations nationally and internationally.

The results for both NIRF 2019 and ARIIA 2019 were announced at a function held in Vigyan Bhawan at New Delhi where the top ranked institutions in various categories were bestowed awards by President of India Ram Nath Kovind. Prof. A. K. Mishra, Dean (Academic Research), IIT Madras, received the awards on behalf of IIT Madras.

Over the years, IIT Madras has consistently worked and made noteworthy improvements in various sub-parameters of NIRF Rankings such as Student-Faculty ratio and Quality of faculty, number of patents, number and quality of research publications, Sponsored Research & Industrial Consultancy, Students placements and higher education, and so on. In fact, these are aligned to the IIT Madras Strategic Plan (https://www.iitm.ac.in/sites/default/files/uploads/strategicplan2020.pdf) that spells out quantified targets for all key pillars of the Institute.

These include a flexible curriculum suited to the aspirations of today’s youth, significant increase in faculty strength, a thriving research programme reflected in rapidly increasing publication quality and count, India’s strongest industry-academia collaboration epitomized by the country’s first university-based Research Park, an effervescent start-up ecosystem with nearly a hundred companies being currently incubated, a rapidly expanding programme of collaborations and student exchanges with leading global universities, and an impressive Placement record.

IIT Madras excelled in ARIIA owning to its strong entrepreneurial eco-system that encourages students to become job-generators. The Institute has forums like CFI (Center for Innovation), which provides a platform to the students to ‘walk in with an idea and walk out with a product’. CFI has augmented the ‘tech’ space in the institute wherein projects from CFI have gone on to produce high-profile start-ups and internationally acclaimed competition teams. To strengthen the innovation ecosystem within the campus, CFI ensures that a pipeline of potential incubates is created through a body called ‘Nirmaan,’ which seeks out students with ideas that have commercial potential and puts them through a one-year programme to refine the ideas, develop products, and formulate business plans.

Started in 2015, NIRF outlines a methodology to rank educational institutions across the country. The parameters used for ranking broadly cover “Teaching, Learning and Resources,” “Research and Professional Practices,” “Graduation Outcome,” “Outreach and Inclusivity,” and “Perception”. Although the broad parameters remained the same this year, there were few changes in some of the sub-parameters. From 2017, besides being ranked under specific disciplines, large institutions were also given a common overall rank. This year as well, educational institutions across the Country were ranked in nine categories – Overall, Universities, Engineering, Colleges, Management, Pharmacy, Medical, Architecture and Law.