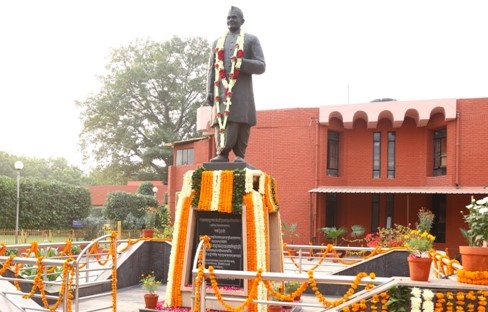 NEW DELHI: The Central Sanskrit Universities Bill, 2019, was passed by the Lok Sabha on December 12. Once enacted into law, it will convert three existing Sanskrit teaching and research institutions into Central Universities and pave the way for new ones to come up.

The Bill’s provisions will be the government's guide to "establish and incorporate universities for teaching and research in Sanskrit" and will allow it “to develop all-inclusive Sanskrit promotional activities and to provide for matters connected therewith or incidental thereto”.

The universities established under this law will be “open to all castes, creed, race or class”. The Bill says: “The University shall be open to all persons of either sex and whatever caste, creed, race or class, and it shall not be lawful for the University to adopt or impose on any person, any test whatsoever of religious belief or profession in order to entitle him to be appointed as a teacher of the University or to hold any other office therein or be admitted as a student in the University or to graduate thereat or to enjoy or exercise any privilege thereof.”

However, the law underpinning the governance of Banaras Hindu University had such a provision too. Despite that promise of inclusiveness, a Muslim scholar appointed in its Sanskrit department in November was hounded out by students and even some faculty members. They allegedly also attacked a professor from a historically marginalised caste.