Afghan students studying in Punjab worried about families back home

Afghan students studying in educational institutions in Punjab are worried about their families back home after the fall of Kabul to the Taliban. 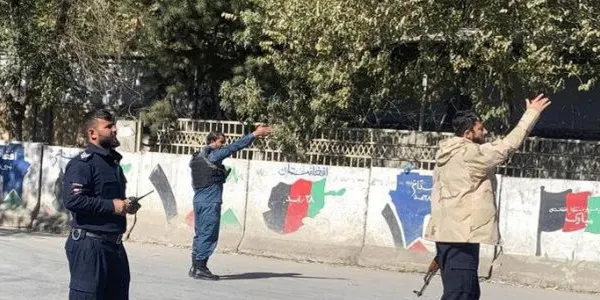 NEW DELHI: Afghan students studying in educational institutions in Punjab are worried about their families back home after the fall of Kabul to the Taliban. "We have been having sleepless nights for the last several days. Our families, although safe so far, are shaken and afraid of the turn of events taking place in the country," Noor Ali Noori, an Afghan student studying at Punjab Agricultural University in Ludhiana, said on Tuesday.

Although Islam does not believe in violence, the Taliban have been known for using violence to force the people to accept their agenda and views, he added. Afghanistan stares at an uncertain future as President Ashraf Ghani left the country just before Kabul fell to the Taliban on Sunday.

Expressing concern over the prevailing situation in Afghanistan, Afghan students also appealed to the international community for help in restoring peace in their country. Echoing Noori’s fears, Ahmad Mubasher, another Afghan student pursuing a PhD degree at PAU, said he was worried about his parents and other family members in Afghanistan after the Taliban took over many provinces there.

“Of course, I have tension about my family, my brother and sisters,” said Mubasher when asked about his family back home in Afghanistan after the Taliban captured Kabul. The 32-year-old Mubasher hails from Baghlan province of Afghanistan and said he is in constant touch with his family.

He further said his friends in Afghanistan wanted to leave that country. "The young generation in Afghanistan was not comfortable with the Taliban regime," Mubasher added. He said during its previous regime, the Taliban had not allowed women to go out and get education and forced them to wear 'burqa'. He said as many as 11 students from Afghanistan are pursuing higher education programmes including PhD at PAU in Ludhiana.

Sukhrullah, another Afghanistan student pursuing MBA in the University, said many students were stuck in Afghanistan because of the closure of educational institutions in India because of COVID-19. He appealed to the Centre to take necessary steps to evacuate these students as soon as possible”.

Mustafa, a BBA student from Kabul, said, “There are many Afghanistan students in India whose visas or passports were about to expire," and requested the Indian government to extend the visa period. Aman Mittal, Director, Division of International Affairs, Lovely Professional University (LPU) in Phagwara said though all Afghan students residing on the campus were sent back home last year due to COVID-19 pandemic, a few of them are living in different paying guest houses (PGs). He said students, including a few girls, were most worried about their families, especially parents, in wake of the prevailing situation in Afghanistan.