Ahead of DU exams students grapple with multiple challenges 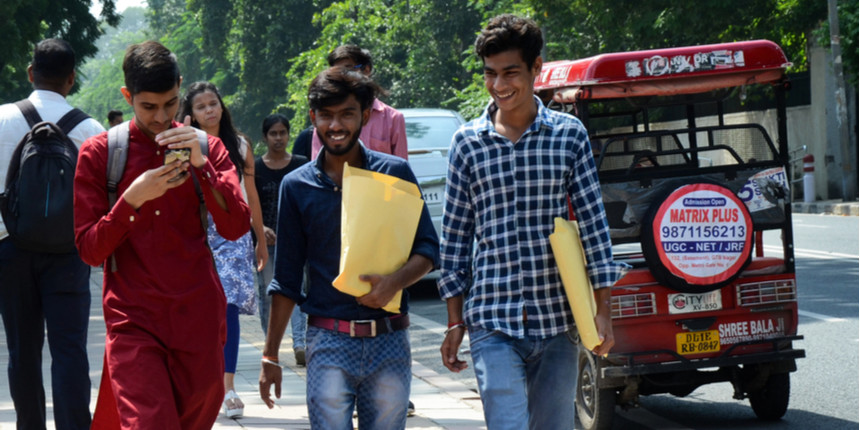 NEW DELHI: "The situation is bad here due to floods. There is no electricity. How will I be able to take my exams?" says Rasuhan Kumar, a final-year student of Delhi University's Satyawati College on the phone from his home in Bihar's Muzaffarpur.

"I could not even charge my phone for two-and-a-half days since there was no electricity. Even those with internet access say they will face issues in taking the exams," he said. Kumar claimed many students were also not able to take online classes.

The online open-book exams (OBE) for final year undergraduate and postgraduate students of Delhi University are scheduled to begin from August 10 and like Kumar, many others are facing connectivity issues or do not have the study material with them.

They also alleged that their final semester was riddled with problems like the northeast Delhi communal violence, the Delhi University Teachers' Association (DUTA) strike and the coronavirus-induced lockdown.

"The university is saying that it will provide another chance to students to take exams in offline mode. But it is still unclear when they will hold the exams," another student said on condition of anonymity.

"Final year students also have to apply to other universities for their masters. How will we do it if we do not take online exams and wait for the offline exams? We will have to waste a year," he said.

Another student said he had gone home for the mid-semester break in March when the lockdown was announced and he did not have any study material with him. "I have been stuck in my hometown in Uttar Pradesh. I did not bring my study material here. It is such a big university and they did not even make efforts to make the study material available online or arrange something so that students could study," he said.

"Several claims are being made about the success of online classes but many students were unable to avail their benefits," he added. During mock OBEs conducted by the university, too, students had complained of problems like server crash and inability to upload question papers.

Many students did not even take the mock exams because they know the situation isn't conducive. In one college, 23 out of 46 students of a department flagged issues they faced during mock exams.

In another college, 38 out of 52 students were unable to take online classes, said a professor who did not wish to be named. Earlier, the OBEs were scheduled to start from July 1.

They were later postponed to July 10 and subsequently to August. Another student said, "We are still not sure whether the exams will finally start on August 10.

It (repeated postponement) has been causing stress for students." Abha Dev Habib, a Miranda House professor, said, "Students are upset and their pleas are not being heard. Even the courts have not heard their pleas.

They are facing a plight similar to what migrant labourers faced during lockdown." The DUTA has been demanding cancellation of OBEs and that students be evaluated on the basis of their past performance and internal assessment. However, the university has not budged from its stand.