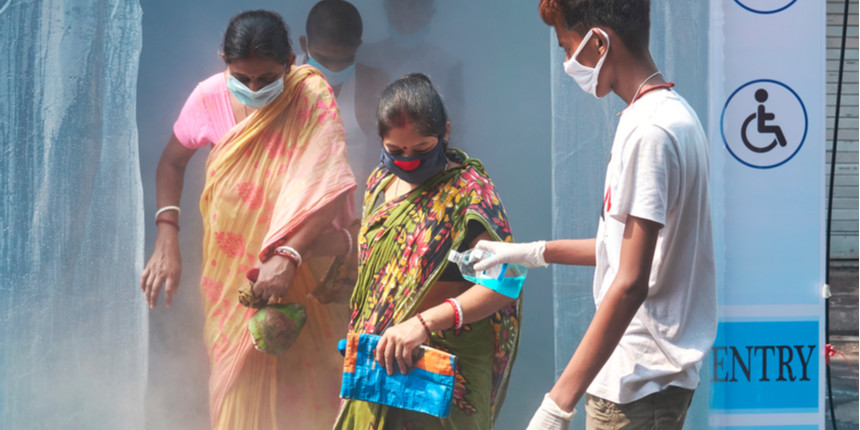 Kolkata: Students of a private school in East Burdwan district of West Bengal have built an 'ayurvedic sanitisation tunnel' to disinfect people entering the educational institute.

Twelve people can be disinfected inside the tunnel at a time, a spokesperson of the Memari Crystal Model School said on Tuesday.

The 'ayurvedic sanitiser' contains camphor oil, menthol and thyme oil, he said, adding that the tunnel was built at the Technology Club workshop in the school by students under the supervision of teachers.

The herbal disinfectants will automatically be sprayed on the people entering the tunnel," the spokesperson said.

Generally, sodium hypochlorite is used as a disinfectant but it can cause adverse effects on humans. Such is not the case with herbal sanitiser, he said.

An ayurvedic sanitisation tunnel was earlier installed at the Birla Industrial and Technological Museum in Kolkata.

IIT Kharagpur and ICMR to set up centre for medical devices