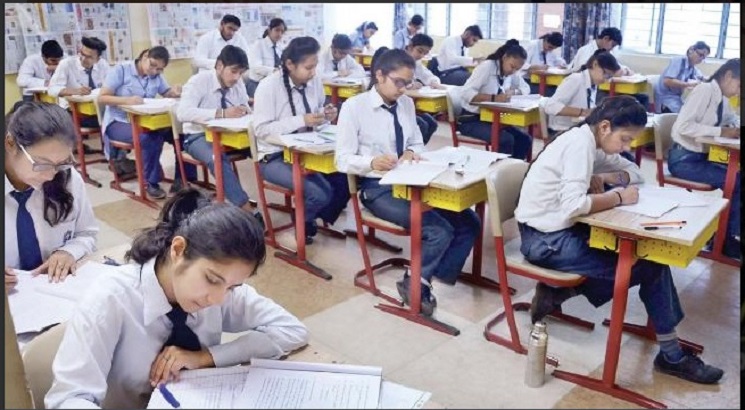 NEW DELHI, MARCH 29: Delhi Police has arrested a coaching institute owner in connection with the CBSE Paper Leak, even as Union Education Minister Prakash Javadekar, in a joint press conference on Thursday, promised strict action against the culprits. As per reports, the alleged accused, Vicky is an owner of a coaching centre, Vicky Coaching Centre, for class 10 and 12 in Delhi's Rajendra Nagar. Further, Delhi Police has also identified 10 students of class 10 and 12 who obtained the leaked question papers.

Calling the incident unfortunate, Javadekar, assured that the ministry is taking all measures to ensure that the exams remain fool-proof. Earlier, he had said that with a help of technology the ministry will "devise a system that will make paper leaks impossible in the future." Till date, Delhi Police has lodged two cases, one for the Economics class 12 paper on March 27 and the other on March 28 for the Mathematics class 10 paper. Before nabbing the head of coaching centre, Delhi Police had questioned 25 people, most of whom were students, in relation to the case.

However, the minister’s words seem to do little to pacify anxious students and parents, many of whom took out a protest at Jantar Mantar today demanding the re-examination of all the papers.

There are also claims that all the papers got leaked and despite of the fact that CBSE was informed on time, it remained in the denial mode. Besides the Economics and Mathematics papers, earlier reports also suggested leak of papers like English class 10 and Accountancy class 12. Most of the leaks seem to have taken place through social media and messaging platforms like WhatsApp. "2-3 papers had been leaked on WhatsApp 30 minutes before the exams,"Javadekar was quoted as saying on Wednesday, March 28.

Meanwhile, some parents and students have expressed their frustration following the CBSE decision to conduct re-examinations for Mathematics Class 10 and Economics Class 12 papers. "My son's mathematics paper was good and he was expecting good scores. Now we are pacifying him as he has become very anxious regarding the re-examination," said Swati Bhatt, mother of Shreyas Raturi, who appeared for the class 10 examinations. CBSE has not yet announced the re-examination dates for any of the subjects.