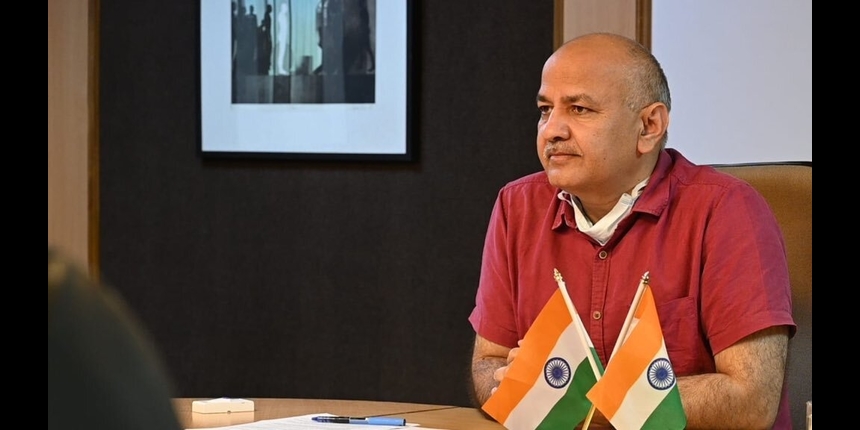 NEW DELHI: The CBSE should explain the rationale behind dropping certain chapters from the school curriculum, Delhi deputy chief minister Manish Sisodia said on Wednesday, asserting that the board must have had "very strong" reasons behind the move.

The Central Board of Secondary Education (CBSE) on Tuesday had notified that it rationalised by up to 30 per cent the syllabus for classes 9 to 12 for the academic year 2020-21 to reduce course load on students amid the COVID-19 crisis.

The Human Resource Development Ministry maintains that the curriculum has been rationalised while retaining core elements. The board in its syllabus rationalisation exercise has dropped chapters on democracy and diversity, demonetisation, nationalism, secularism, India's relations with its neighbours and growth of local governments in India, among others, as per the updated syllabus.

"The Delhi Government has always been a votary of syllabus reduction and I have said so on several occasions as a large syllabus does not mean more learning.

I support the CBSE's decision to reduce the syllabus for the academic session 2020-21 in the secondary and senior secondary grades but I have reservations and concerns over the manner and content of the syllabus reduction exercise," Sisodia said.

Social science is one discipline where there is "maximum scope of controversy and agree that no matter which topics are chosen or left out, the questions are bound to be raised.

Hence the board should have been careful and explain its rationale for dropping certain topics", he said. "I am hopeful that the CBSE must have very good reasons for dropping those topics other than saying that 'reduction in classroom teaching due to closure of schools' requires reduction and hence, randomly some topics have been dropped," Sisodia, who holds the education portfolio, said.

The topics of social science which are dropped are so relevant in contemporary context that it is important that children learn about it through "authentic source rather than through 'Whatsapp University'", the deputy chief minister said.