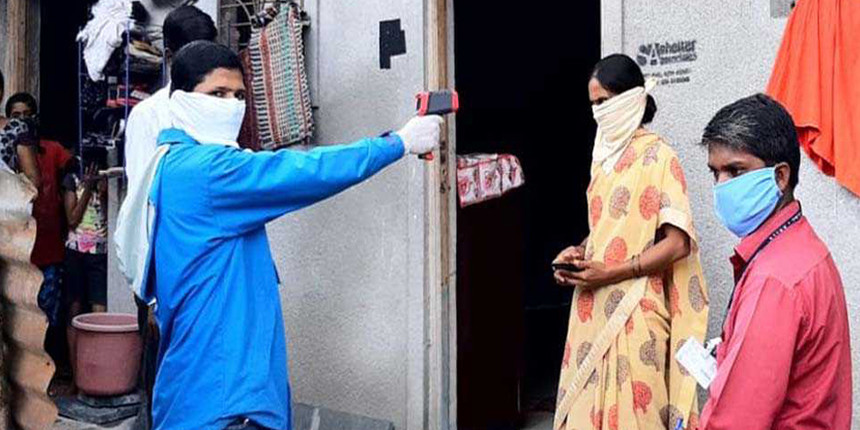 NEW DELHI: Teachers are being deployed on COVID-19 duty and can be equated to corona warriors, despite that they are deprived of their salaries since March, said the Delhi High Court on Friday while lamenting at the authority in the national capital which has not paid salaries to them since the lockdown was imposed.

“This is a very sorry state of affairs,” observed a bench of Justices Hima Kohli and Subramonium Prasad, while taking a strong note of the fact that even doctors and safai karamcharis are not being given their dues by the North DMC.

The high court, which conducted the hearing through video conferencing, disposed of a petition filed on behalf of North Delhi Municipal Corporation (DMC) teachers, seeking direction to the authorities to pay their salaries which were due since March, when the nationwide lockdown was imposed.

The high court had converted the plea into a “suo motu petition”. Suo motu cases are those where the court uses its inherent powers and initiates a hearing on its own by taking cognisance of any matter.

“This is a sorry state of affairs. Teachers belong to one of the noble professions and as they are made to do COVID-19 duty also, they can be equated to COVID-19 warriors. Despite that, they have been deprived of their dues since March 2020,” the bench said.

The bench, which had on June 18, directed the North DMC to pay arrears of salaries within a week, was told by the civic body that besides teachers, salaries have not been paid to various categories of employees, starting from group ‘A’ officers to doctors and safai karamcharis as the Delhi Government has not released the amount to the civic body.

The high court noted that only when judicial orders were passed, Delhi government released the amount for March salaries and North DMC teachers were paid in the morning itself. “It is deemed appropriate to convert this petition into a suo motu petition… Delhi government is directed to file an affidavit responding to the averments made by the North DMC within one week.

List before the roster bench for appropriate order on June 29,” the bench said. Senior advocate H S Phoolka and lawyer Mini Pushkarna, representing North DMC, said there are 700 schools under the jurisdiction of North DMC and it has 7000 teachers. Out of 9000, 5406 teachers have been deployed on COVID-19 duty as 299 schools run by North DMC are taken by the Delhi government for providing dry ration and cooked meals to needy persons, the counsel said.

The counsel further said that for discharging duties, 5406 teachers have been roped in but their salaries are due to be paid.

The high court on June 18 had said the teachers cannot be made to run from pillar to post for their lawful dues and the axe cannot fall on teachers alone. It had said the explanation given by North DMC about paucity of funds is “most unacceptable”.

The high court was hearing a petition filed by Akhil Dilli Prathmik Shikshak Sangh, representing the teachers who are teaching in North DMC schools. The teachers have challenged a June 9 order of a single judge dismissing their plea to direct North DMC to release their salaries, that have not been paid since March, 2020, when a nationwide lockdown was declared by the Central Government on account of the COVID-19 pandemic.

The sangh told the high court that the teachers have been discharging their duties with responsibility in schools being run by the North DMC, but they have not received their salaries ever since March. The single judge had declined to entertain the petition on the ground that it being a service matter, the remedy of the teachers lies before the Central Administrative Tribunal.