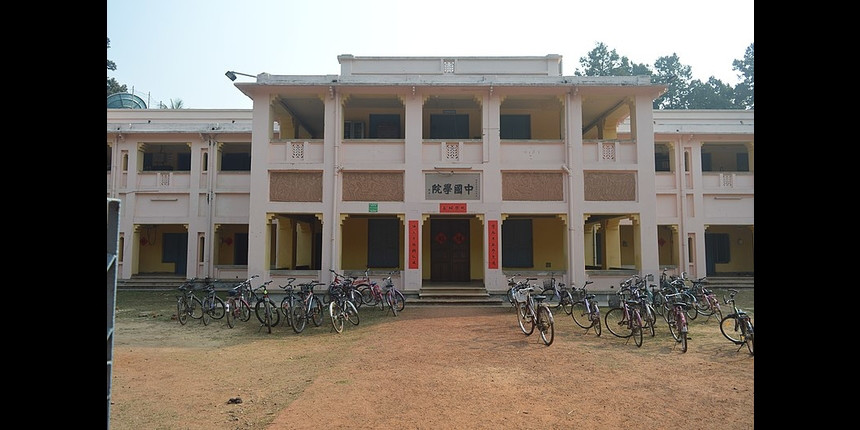 KOLKATA: Visva Bharati University will hold the final semester examination this month and the principals of different Bhavanas (departments) have been told to choose the modalities for conducting the tests, a statement issued by the institution said.

The Central University will follow the UGC advisory for mandatorily wrapping up the final semester examination by September 30, it said.

At an Executive Council meeting, it was decided to entrust the principals of different Bhavanas with the responsibility of "choosing the mode of examination, adhering to the UGC norms."

The authorities also asked the principals to take into account the views of heads of departments, faculty and students and to ascertain what other central universities were doing in such a situation, the statement issued by the university said on Tuesday.

"The Principals will consult the HODs and the faculty members to devise whatever system of evaluation they deem appropriate in such extraordinary circumstances. It was also emphasised that in so devising a mode, the views of the students that the administration has received will also be taken into consideration, besides assessing the modes that have already been preferred by other central universities in the country," the statement said.

Will strictly adhere to SC judgement

The statement asserted that Visva-Bharati, a Central university, will strictly adhere to the judgement of the Supreme Court on August 28 which ordered the terminal examination be completed by September 30, 2020 as per the UGC stipulations.

The SC had also said if any state had problems in completing the exams by September 30, it should take up the matter with UGC and fix another date but must complete the final semester exam process nevertheless. In another resolution, the EC decided that Visva Bharati would start normal functioning conforming to the standard operating Covid protocols of Centre soon but didn't specify any date.

The varsity was indefinitely closed since August 17 after a mob protesting fencing of Poush mela ground vandalized Visva Bharati properties.

Later in a statement, the university said that in the interest of students it was resuming 'basic essential activities' where faculty and other staff would work online from homes.