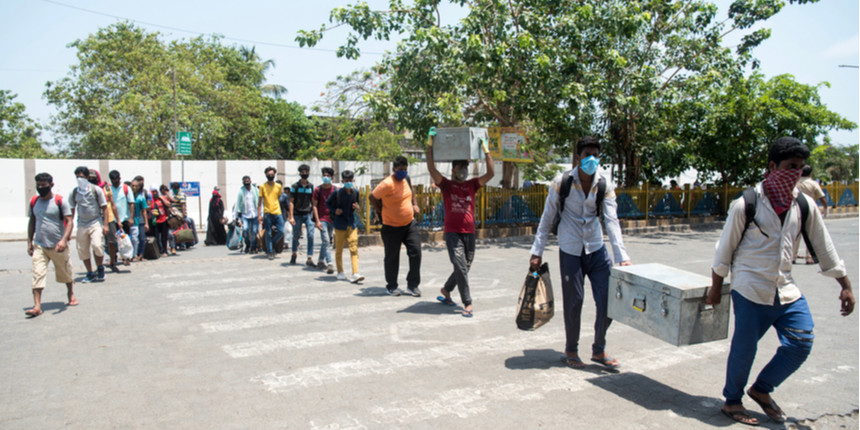 NEW DELHI: Indian Insitute of Management Ahmedabad, or IIMA, has released an official statement rebutting the claims made in the legal notice served by a group of migrant workers to the institute on Wednesday.

The official statement released on Thursday states that the issues raised in the legal notice are baseless and can be verified through official records and documentation.

The legal notice alleged that the IIMA administration has failed to pay two months of wages to the migrant labourers working at a construction site at the new IIMA campus. The statement counters the allegation saying: “We have verified that all due payments have been made to workers. We do not have a pending bill as of the date of the serving of the legal notice.”

The notice was served to the institute a day after the migrant workers clashed with police officials outside the new IIMA campus on May 18.

The notice demanded that the workers should be allowed to go back to their native states and necessary arrangements should be made for the workers.

“IIMA and contractor do not want migrant workers to go back to their parent states so that as soon as the restrictions are eased out, they can commence with the construction work again so as to meet with their project completion deadlines,” the IIMA statement read.

On the demands for arrangements to send the workers to their native states, the statement said: “Workers from U.P. and Bihar were provided trains but unfortunately the public authorities did not arrange for trains to Jharkhand and West Bengal. Our interest is in the well-being of the workers, unlike the case that is being presented in the legal notice.”

The statement reiterated that all adequate steps are being taken for the benefit of labourers.

Speaking to Careers360, the advocate representing the workers, Anandvardhan Yagnik pointed out the dismal conditions in which the workers are living.

The IIMA statement said: “We invite persons to visit the site where the workers are lodged. The location has all living facilities required for such colonies such as RO water, crèche, sanitation facilities, light/fan, and separate rows of accommodation for families and bachelors,” According to the official statement, periodic health checkups have also been arranged.

The legal notice claimed that IIMA has not taken the necessary steps to ensure the safety of workers during the spread of coronavirus. “The health authorities have visited the facility where the workers are staying and have taken samples during the last two months. These tests came out negative,” the statement clarified.

The statement further added that “workers were regularly checked for symptoms and none were reported.”