JNU students were allegedly attacked while watching the BCC Modi documentary as there was no screening due to power and internet cut. 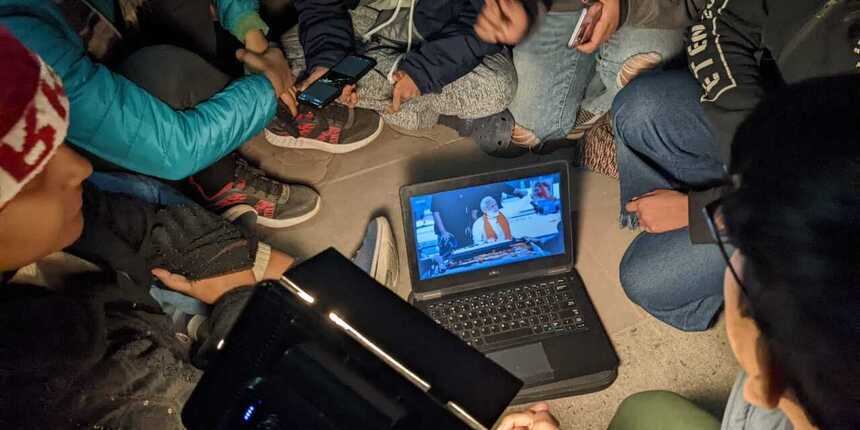 NEW DELHI: Several students, who gathered at the JNU students' union office for a screening of a controversial BBC documentary on Prime Minister Narendra Modi on Tuesday, claimed the varsity administration cut power and internet to stop the event, and staged a protest after stones were thrown on them.

They claimed that they were attacked when they were watching the documentary on their mobile-phones as the screening could not be held. Some alleged that the attackers were members of the Akhil Bharatiya Vidyarthi Parishad (ABVP), a charge the Rashtriya Swayamsevak Sangh-affiliated student body denied.

Later in the night, raising slogans of "Inqlaab Zinadabad" and against the Jawaharlal Nehru University (JNU) administration, the protesting students marched to the Vasant Kunj police station to lodge a complaint against the "stone pelters". On the power cut at the campus, a JNU administration official, requesting anonymity told PTI, "There is a major (power) line fault at the university. We are looking into it. The engineering department is saying it will be resolved at the earliest."

There was no immediate official response from the JNU administration to the allegations and claims of the students. It had on Monday in an advisory said that the union had not taken its permission for the event and it should be cancelled, warning of strict disciplinary action. However, the Jawaharlal Nehru University Students' Union (JNUSU) earlier in the day in a statement had said that there is no intention to create any form of disharmony through the screening of the documentary or movie.

It also sought a clarification from the administration regarding rules which mandate that prior permission is required for screening of any film or documentary on the university premises JNU-All India Students Association (AISA) secretary Madhurima said, "Some students had seen ABVP activists pelting stones and recognised them." She added that "also, a teacher had called sometime back (informing) that there were some goons, wearing masks, around the main gate and were talking about weapons."

The ABVP denied the allegation, saying they were not present at the spot. "We did not go the spot and no one from us (the students' body) was there. They are just taking our names to get more coverage," ABVP Delhi media convenor Ambuj told PTI. On the screening not taking place, AISA national president N Sai Balaji, who was present at the spot, said, "They (the JNU administration) have cut off the power and internet."

He said students had downloaded the documentary on their mobile-phones through an application to watch and share it. Asrar Ahmed, who had gone for the screening said, "We were watching the documentary peacefully (on our phones) but some people threw stones at us. As it was dark, the people who threw the stones could not be identified." However, a senior police officer said that no stone pelting incident was reported to police. "The JNUSU organised a screening of the documentary. However, the JNU administration said no prior information was given for the event. No such permission is required before such an event. They cut the power supply and stones were pelted on students who were watching the documentary on their phones," student activist Qasim said.

"There is an atmosphere of fear on the university campus. We tried to mobilise students towards the gate but goons were there too. So, we decided to march towards the police station demanding that electricity be restored," he said. In a statement the AISA-JNU said, "The JNUSU had organised the screening of India: The Modi Question today at Teflas at 9 pm. Just 30 minutes before the scheduled screening time, electricity connection to the entire JNU campus strangely failed."

Nevertheless students gathered at the venue for the screening with their laptops and bluetooth speakers, it said. "The students had resolved to watch the documentary despite the numerous obstacles. While the students were peacefully watching the documentary on laptops, ABVP goons suddenly started pelting stones and broken glass bottles at the the students in the dark," it said. The students' body said the students somehow escaped from the venue and marched towards the main gate in protest.

"Even during the peaceful protest of students, ABVP goons repeatedly pelted stones and attacked numerous students. Several female students were harassed amidst the growing chaos," it said. The government had on Friday directed social media platforms Twitter and YouTube to block links to the documentary titled "India: The Modi Question". The Ministry of External Affairs has trashed the documentary as a "propaganda piece" that lacks objectivity and reflects a colonial mindset. However, opposition parties have slammed the government's move to block access to the documentary.

The JNU administration, in an advisory on Monday, had said that the union had not taken its permission for the event and it should be cancelled as it could “disturb peace and harmony”. The university in an advisory on Monday had said, “It has come to the notice of the administration that a group of students have in the name of the JNUSU released a pamphlet for screening a documentary or movie (titled) “India: The Modi Question” scheduled for 24 January 2023, at 9:00 pm in Teflas.”

No prior permission for this event has been taken from the JNU administration, it had said. The two-part BBC documentary “India: The Modi Question” claims it investigated certain aspects relating to the 2002 Gujarat riots when Modi was the chief minister of the state. The documentary has not been screened in India. 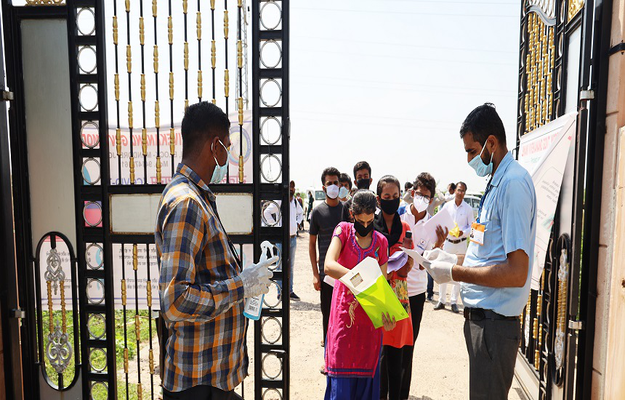