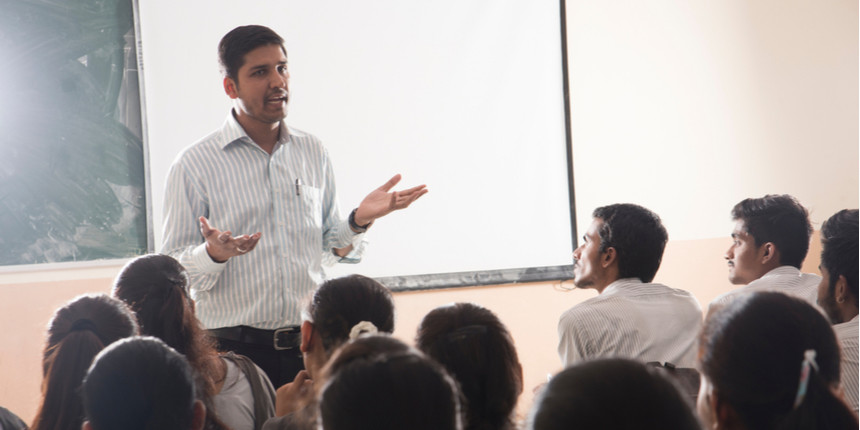 NEW DELHI: The new National Education Policy evoked mixed reactions among academicians on Wednesday with some hailing it as a "groundbreaking" action plan that promotes holistic and multi-disciplinary learning and others arguing that it will pave the way for privatisation of education.

A single regulator for higher education institutions, multiple entries and exit options in degree courses, discontinuation of M.Phil programmes, low stakes board exams, common entrance exams for universities are among the highlights of the National Education Policy (NEP) 2020 approved by the Union Cabinet on Wednesday.

Former Delhi University vice-chancellor Dinesh Singh, who was an official reviewer of the document when it was being formulated, said the policy lays down the road map pretty nicely. The policy has a good vision for school education, which is the foundation for higher education, he said.

"They have talked about experiential learning which is so useful. Unless you improve school education, you cannot improve higher education. The concept of transdisciplinarity, hands-on experience, breaking down of barriers between subjects and connecting them to society are some of the key points in the policy. This is the best chance of universities to create curricula around the challenges of society,” he said.

Elaborating with an example, he said there is a discipline in Mathematics called fluid dynamics but not one student in this country has any idea how to use fluid dynamics and computer science to create fighter jets and they are imported all the time. "At last, we have found a document which at least gives us a chance,” he added.

Singh also said that he has not been extremely enthused about regulators and feel they "are disabling you all the time". "They make you do silly things. They are talking about having a single regulator because otherwise, things are not working well. I believe it's good. They will need a lot of good people. I am hoping that it will restore the autonomy of the varsities. Hopefully, they will not prescribe too much,” he said.

Jamia Millia Islamia vice-chancellor Najma Akhtar called the NEP "groundbreaking" and said the higher education in India will now be holistic and multi-disciplinary with a shared focus on Science, Arts and Humanities.

"A single regulator for all higher educational institutions is a great idea as it will bring coherence of approach and purpose. It will realise the vision of education in India,” she added.

The approval of new National Education Policy (NEP) by the government is a positive step forward, said Jawaharlal Nehru University (JNU) VC M Jagadesh Kumar. "NEP is the outcome of an extensive, highly participatory and inclusive consultation process. NEP aims at meeting the existing challenges in education and build the foundation of India''s promising future.We look forward to its implementation,” he added.

Delhi University professor Rahul Yadav welcomed the policy and said it talks about multiple entries and exit options and provides choices to students, and does not put any burden on them. He was also enthused about the fact that the policy seeks to promote a multi-disciplinary approach and does not seek to restrict students to just humanities or science.

Delhi University professor Naveen Gaur, however, said the policy has just "jazzier things" to say and even though it says that the Higher Education Commission of India will be a single regulator, it will have four verticals, which means that one vertical will be responsible for policy formulation and another for funding which is dangerous.

He also said that the policy paves the way for entry of foreign universities in India, without any regulations, which can be dangerous for the education sector.

The professor argued that the policy will take away the autonomy of institutions rather than making them more autonomous. Jamia Teachers’ Association secretary Majid Jamil questioned the timing of bringing the policy.

"At a time when there is coronavirus pandemic, what was the need to hurry? The policy talks about online learning and virtual labs but there is no substitute to face-to-face learning. It also talks about the four-year undergraduate programme, something which was implemented in Delhi University, but was met with opposition and was subsequently withdrawn. We do not agree with it," Jamil added.

Delhi University's Academics for Action and Development (AAD), a teachers' body, called the NEP a policy of "tall ends with little means''. For instance, Indian has presently 18 per cent Gross Enrolment Ratio (GER) and NEP sets the goal of 50 per cent GER by 2035, it said.

"How can this be achieved -- more than double of GER in next 15 years? NEP is also talking of internationalisation in the same vein and will only facilitate the entry of the foreign universities to tap the Indian educational market for their own benefits. This is a "return of Macaulay" -- building an education system in the interest of foreigners and wealthy ones," it said, referring to British officer Thomas Babington Macaulay.

The Delhi University Teachers’ Association (DUTA) said it was opposed to the proposal to hand over every higher educational institution to a Board of Governors, which will enjoy all powers hitherto vested in the governing authorities of colleges and universities as well as the UGC and other regulating bodies.

"Autonomy has been redefined as the freedom to optimise. The empowerment of the BoG hand in hand with redefined autonomy is in parallel with the neo-liberal reforms that deregulated businesses. It amounts to converting/handing over education as a business to corporate houses,” it said.