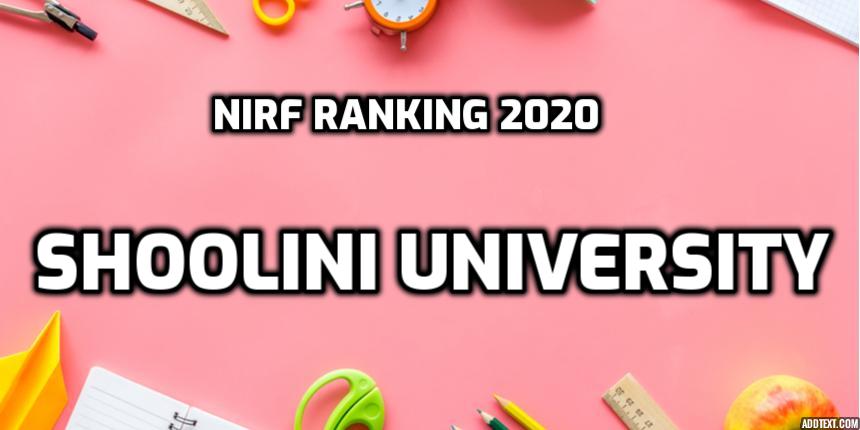 Shoolini University Vice Chancellor Prof P K Khosla said retaining a slot among the top 150 universities for the fourth consecutive year, despite an increase in the competition, was heartening. While congratulating the faculty and students for the achievement, he said the University would continue to strive to do even better in the coming years.

Other institutes which were included in NIRF 2020 ranking top institutes from Himachal includes Jaypee University of Information Technology in the 101-150 band in the university category. The well-established Himachal Pradesh University and the Chitkara University find a place in the 151-200 band in the same category.

Indian Institute of Technology (IIT), Mandi, has been ranked 67th in overall ranking and 31 in the engineering category. Shoolini University, Jaypee University and NIT, Hamirpur figure in the band of 151-200 band of all the institutions of higher learning in the country. It is for the fourth year in a row that the university has the distinction of being placed in the 101-150 band of top universities in the country. Several other Himachal Pradesh based universities and institutions including the Central University have not been ranked among the top 200 universities.

‘Not a big, fat university’: Shoolini University VC on the private institution